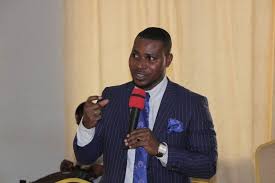 Executive Director of ASEPA Mensah Thompson has disclosed that there are about 10 Members of Parliament on the majority side who are not in support of the government’s proposed e-levy.

According to him, he knows this for a fact despite the popular perception that all majority MPs are in favor of the controversial levy.

Mensah Thompson indicated that these MPs have been overcome by fear mainly due to the absence of a secret voting on the matter in Parliament.

The electronic transactions levy has been a very controversial matter of national interest in the past few months when it was first laid before parliament.

The debate on whether or not to adopt it, resulted in chaotic scenes in the floor of parliament upon Second Deputy Speaker Joseph Osei Owusu attempted to vote because both caucuses of the house sought to protect their interest.