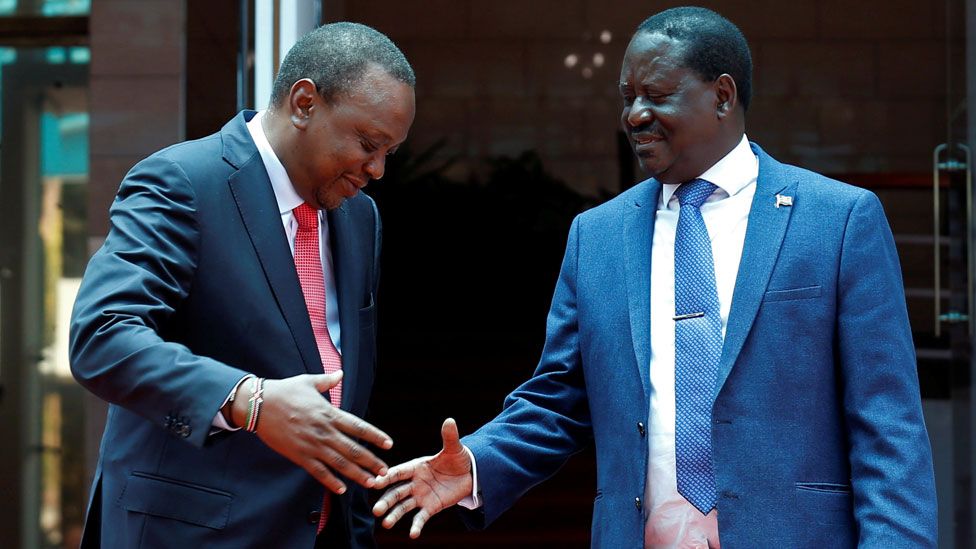 Weeks after their parties joined forces ahead of elections in August, Kenyatta reiterated his support to former political rival before a cheering crowd in Nairobi, Kenya.

If proof was still needed that Kenyatta and Odinga have definitely buried the hatchet, it came on Saturday.

Kenyan President Uhuru Kenyatta endorsed his former rival for the country’s top job. “We have chosen Raila Odinga ,” he told a cheering crowd in Nairobi.

The move comes 2 weeks after their parties joined forces ahead of presidential and parliamentary elections in August.

This official endorsement brings together two of Kenya’s top political dynasties, who’ve opposed each other at the ballot box on many occasions.

Back in 2018, Kenyatta and Odinga stunned the country when they shook hands and declared a truce after post-election violence in 2017 left dozens of people dead.

The announcement came after Kenyatta’s anointed successor William Ruto, who also vyes for the presidency was sacked from Jubilee Paty.