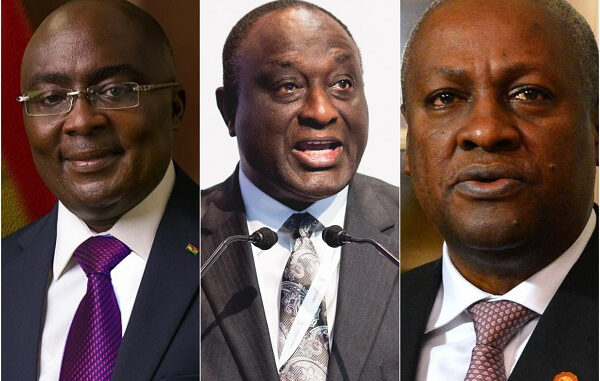 According to him,  NDC will have easy win if it puts its house in order. For the NPP, Alan Kyeremanten is a factor and his mother comes from the Central Region. Professor Jane Nana Opoku Agyemang did not make much impact in the Central Region but made impacts in the capital areas, Abossey Okai spare parts dealers, Okada riders bought the idea. Mahama needs to make amends to the people of the Volta Region”.

Speaking on the electoral fortunes of the Ghana’s biggest opposition party , the longest serving Foreign Minister Dr. Obed Asamoah said “NDC will have majority in Parliament in 2024″.

Dr. Obed Asamoah noted that there should be by-election in Fomena, because the constitution is clear on closing of carpets in parliament.

On the economy, Dr. Obed Asamoah said Finance Minister saying Ghana is broke meanings we have to go to the IMF based on where we are now… some kind of discipline is needed from the IMF. Dr. Bawumia has keep quiet because he will be shooting himself in the foot after all that he has said, the economy is broke, cedi depreciation and if he is put forward to lead the NPP, it will be used against him, a Vice President and Head of Economic Management Team who has absolutely gone silent and wants to lead NPP? No, he will be shooting himself in the foot. Let’s go to IMF to instil discipline in the Finance Minister”.

“Look, you wants to use e-levy as a collateral and continue to borrow?…whats that?”. Dr. Asamoah said. They have mismanaged the economy”.

On the issue of the arrest of #FixTheCountry Convenor Oliver Barker-Vormawor, Dr. Asamoah said ” Akufo-Addo-Bawumia-led government is too sensitive. Arrest is not necessary. You are rather making Barker popular “.

In this article:2024 Election,Dr. Obed Asamoah,NDC will win majority in parliament