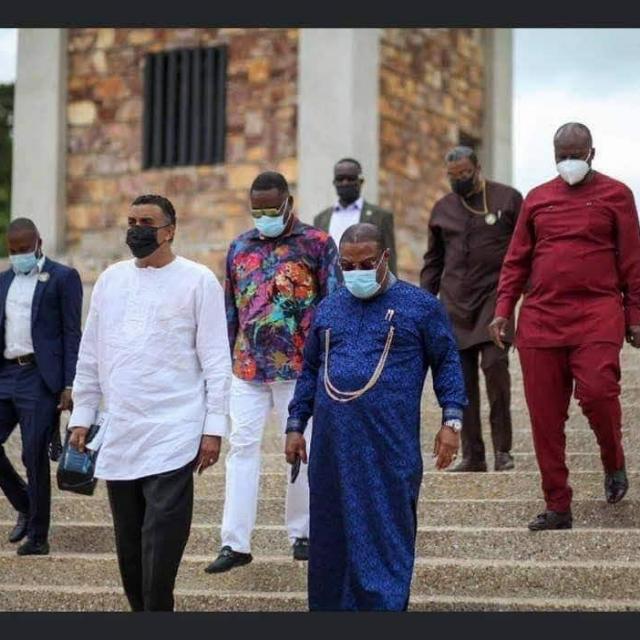 31st Night: Be ‘sensitive’ to the ‘voice’ of ‘Holy Spirit’- Rev. Akornor to Prophets

Chief Editor of African Editors, Former Media Consultant to Ghana-India Trade Advisory Chamber (GITAC) and Founder of Supreme Dominion Embassy International Rev. Jerry John Akornor has backed calls by the Ghana Police Service to Prophets to be circumspect in how they communicate negative prophecies in order not to creat fear and panic, urging prophets to be sensitive to the voice of the Holy Spirit.

Rev. Akornor’s latest comment is in agreement with the position of the Ghana Pentecostal and Charismatic Council and the Methodist Church in Ghana, who believed the police caution statement will sanitise the system against false prophecies.

According him, although Amos 3:7 says “God will not do anything unless he reveals it through his prophets”, God’s prophecies should not be deliberately sacrificed on the altar of fame and self-seeking agenda or glorification by making panic-related pronouncements to solely become famous.

Ghana Police Service has issued a statement ahead of December 31st, cautioning prophets on how they must communicate negative prophecies.

The statement also says any Prophet that defies the police order will be liable to a five-year jail term.

This statement is at the back of confusion that rocked the country over a prophecy that popular Ghanaian musician Shatta Wale will be shot dead. Shatta Wale, attempt to draw the police attention pranked the whole nation by faking a gunshot incident on Social Media which led to his arrest, spending days in police custody.

The police administration has since been meeting the religious body in Ghana and what they can do to curb the menace.

The police statement has generated heated debate with some Prophets cautioning the police administration to soften their stance on prophecies or face God’s wrath.

Popular Prophet, Naigel Gaisel has made it Known that he will defy the police order on the 31st night.

He noted that “It seems to me that this days, people prophesy without God in order to be popular that the very work of God they have been called to do. I call them tele-evangelists, who clearly are in for fame. You don’t need to struggle to identify them because the old book says ‘By their fruits you shall know them”.

“We’re supposed to maintain peace in society, and if our prophecies will create confusion because of gaps in Communication, then it is better that God transport the prophecies to mature minds who are capable of managing the such revelations”, he said.

The 31st Night is fast approaching and we are monitoring whether the church and the Prophets will heed to the police statement or they will defy it as some has stated.

For Rev. Akornor, “No a true prophets of God should be threatened by the warning statement from the police because the Holy Spirit can’t be wrong. God has nothing to do with illegality”.

Meanwhile, Supreme Dominion Embassy International Founder Rev. Akornor has urged the police to be professional in the discharge of their constitutionally-mandated duties.

“You don’t break the law to catch the law breaker. We don’t want to see the police arresting men of God in a ramble-style at 31st Night that could create chaotic scenes. If the police feels that someone is wrong, they can simply invite him for questioning, no prophet is running away. I believe the police should do their work and leave the rest for God and not venture into spiritual matters. No policeman should take attack the law into their own hands and attack any church”, Rev. Akornor advised.