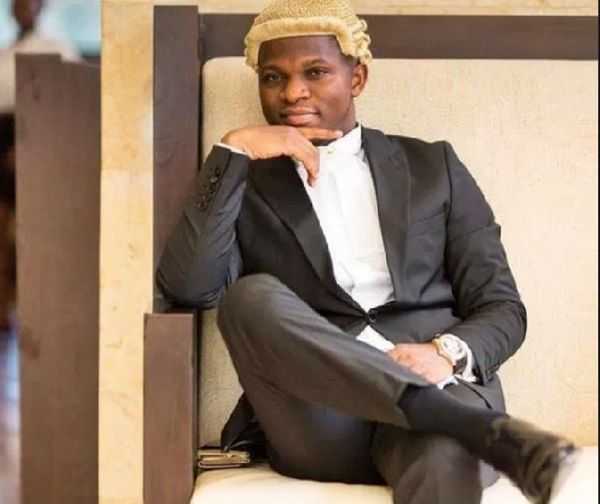 His comment follows a statement by the police warning prophets not to communicate their prophecies in a manner that will not creat fear and panic.

Below is the write-up by Lawyer Sammy Gyamfi:

LAWYER SAMMY GYAMFI WRITES ON THE THE ATTEMPT BY THE POLICE TO REGULATE AND CRIMINALIZE PROPHESIES:

My Christian brethren, even though we all know that there are charlatans occupying pulpits in many churches today, we must hasten slowly on the attempts by some people to regulate and criminalize prophecy.

We do know that there are fake prophets just as there are fake doctors, fake lawyers and so on. The Bible tells us to beware of fake Prophets and has given us a standard for testing all spirits so we can determine who is of God and who is not of God. Let us therefore be careful that we do not support an agenda that can have dire consequences on the work of genuine men of God (not just Prophets), and the Church in general.

As a lawyer, I cannot fathom how on earth, any prophecy, including the ones about possible deaths of people, can be said to constitute the offense of false publication or fear and panic.

Firstly, if you believe in prophecy, then you must understand the divine principle that governs prophecy in the word of God which is; God reveals to redeem. Every prophecy about you is therefore for your good and not your destruction. We know from the scriptures (Corinthians 14:3) that prophecy is for three things; exhortation, edification and Comfort. This is why one cannot reasonably say that a word of prophecy has caused you fear and panic. For God reveals to redeem and the Bible shows us how to avert undesirable prophecies.

As for the ridiculous threat that Prophets must back their prophecies with evidence or else they will be charged for with the offense of False Publication, the least said about it the better. Certainly, that position stems from a clear misunderstanding of the gift of prophecy. One of the meanings or dimensions of prophecy is foretelling. So how can Prophets be reasonably expected to foretell things they already have evidence of? Does that even make sense?

Prophet Uebert Angel did not adduce any evidence to support his prophecy about the Westgate Mall attack in Kenya in the year 2013 yet it happened as he prophesied. I can go on and on.

Also, we know from the Bible that prophecies usually come by way of visions, dreams etc. So what does the IGP mean when he says that prophecies must be backed by facts or evidence? Is he expecting Prophets to carry cameras into the realm of the spirit to record the visions and dreams God shows them? And is any such “spiritual evidence” admissible in law? Aaahba!!!!

For me, the issue of prophecy is an issue of spirituality, faith and belief. If you don’t believe in it, don’t listen or pay attention to it. It’s as simple as that. But if you you believe in it, know that God reveals to redeem. And that all prophecies are for exhortation, edification and comfort.

At worst, an individual offended by a word of prophecy can seek legal remedy in tort. The 1992 Constitution of Ghana guarantees all persons in Ghana the right to freely practice their religion and to manifest same. Why then are some people trying to criminalize and/or regulate prophecies?

The IGP who I am told is an Elder in his church should read his Bible well. I think he will do well if he focuses on his core mandate of fighting crime instead of meddling in matters of faith