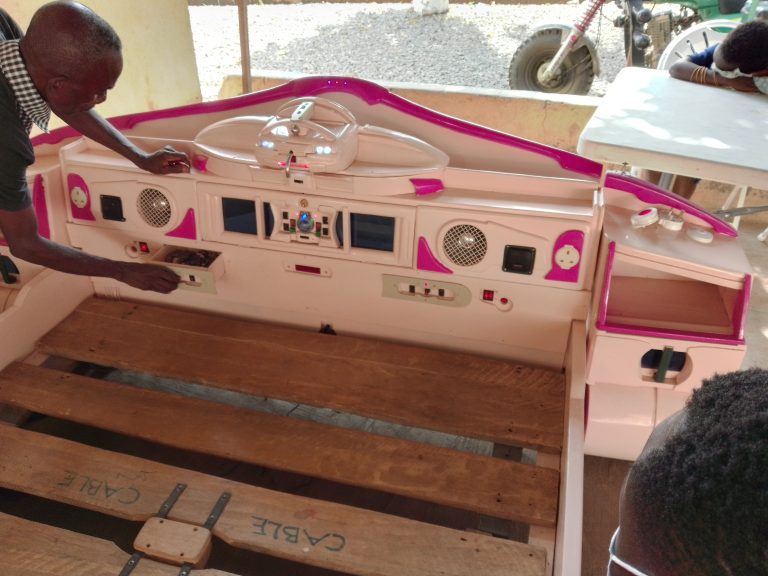 A 56-year-old Ghanaian man Asante Yeboah
is making a name for himself with his talent in crafting.

Mr. Asante Yeboah well-known as Happy, hails from Akyem Asene in the Asene Manso Akroso District of the Eastern Region of Ghana, has put his special set ofskills to indigenous use, making an electricity wooden bed which has radio, water dispersal, body massager, lights, standing fan and also can power phones and laptops.

However, despite his relatively old age, he is a man who appears destined for greatness with the kind of skills he boasts.

Since the news of Mr. Asante’s invention went viral after an exclusive interview with the media, many social media users have commended him and called on the government, benevolent organisation or individuals to help develop his talent.

He has already manufactured, step down machine, stabilizer, wooden car and is hoping to add a few more.

Speaking to the media, Mr. Asante called for sponsorship to help him showcase his talent to the world.

The creative man stated that then, he wanted his design to meet the satisfaction of Ghana and beyond. He added that his dream is to build products from our raw materials that can attract and convinced customers.