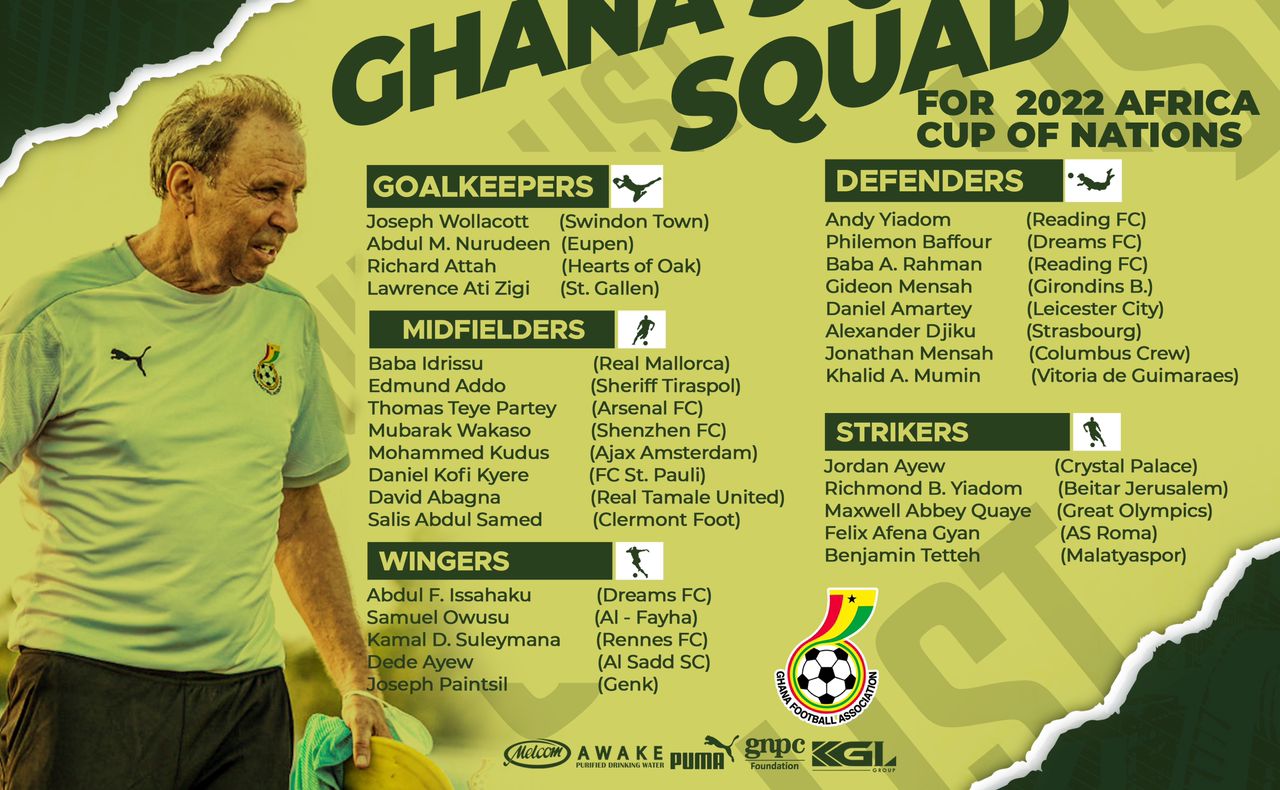 Head Coach of the senior national team Black Stars of Ghana has named 30 man squad on Tuesday afternoon at the Ghana Football Association(GFA) headquarters in Accra, that will start preparation towards the African Cup of Nations( AFCON) tournament next year.

Ghana hasn’t won the AFCON for nearly 40 years, but many are confident Ghana will end the AFCON drought in next year’sedition.

The GFA President Kurt Okraku has started Ghana has players who are committed and willing to help lift the AFCON trophy for the first time in 40 years.

The Black Stars are in Group C with Morocco, Gabon, and Comoros. They will begin their campaign against Morocco on the 10th January, before playing Gabon on 14th and Comoros on the 18th of January 2022.

Ahead of the tournament, the team will leave Ghana on Wednesday, 22nd December, 2021 for Doha, Qatar for training camp. The team have scheduled to play three friendly matches in Doha.

The first friendly match will be against a club side on the 28th of the month, and another friendly on the 1st January, before wrapping it up with Algeria on the 5th January 2022.

The team will finally depart to Cameron on the 7th January 2022.