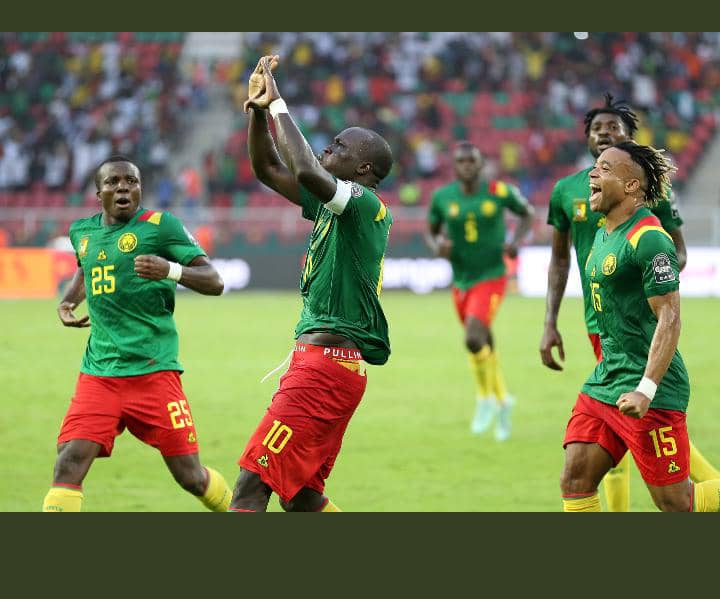 The Host nation of the African Cup of Nation, Cameroon has beaten Ethiopia by four goals to one to advance to the next of the competition on Thursday.

Ethiopia started the game withmuch energy, pressing with intensity. Their efforts paid off early in the game with a quick counter attack through the right side of the pitch and a beautiful pass was layed into the box from Amanuel Gebremicharl and Dukele Dawa planted it nicely at the back of the net to give Ethiopia the lead in 4 minutes.

Relentless Cameroon quickly responded 4minutes later, after Aboubakar shot was not properly dealt with, and Collins Fai sent a cross that was headed into the net by Karl Tokof Ekambi.

The game was quite open after the goals with both side trying to get the second goal before the break.

That never materialize, the game went on the break with one apiece.

Cameroon started the second half with energy with more purpose.

They kept knocking on the door of the Ethiopian until the moment came, the captain of the side Vincent Aboubakar scored to quick goals to give Cameroon a comfortable lead, 3-1.

Cameroon were never satisfied after the three goals. They kept pushing untill the fourth goal came, and it was Karl Ekambi the first goal scorer they got himself a brace.

The goals could have been more if Cameroon had been more clinical in the later stages of the game.

Ethiopia could have reduced the deficit in the 87th with clear cut chance but it was ballooned over the cross bar.

It all ended with Cameroon winning by four goals to one. A brace from Vincent Aboubakar and Karl Ekambi.

Cameroon has now booked a place into the round of 16.

In this article:AFCON2021:,Cameroon hammers Ethiopia 4:1,to book knockout spot