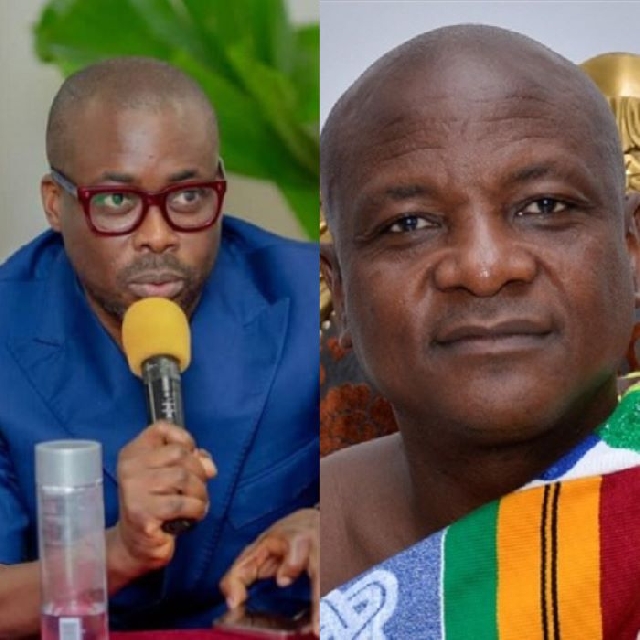 Council of State must distance itself from Metro TV’s Good Evening Ghana Host Paul Adom-Otchere over his attacks on the overlord of the Asogli State, Togbe Afede, or the Asogli state will assume the Council members are fanning the journalist’s attacks on the traditional leader who recently rejected some GHS365,392.6 as ex-gratia for serving on the Council for four years, the aggrieved youth of the Asogli state have warned, asking the latter to eat the humble pie or be declared ‘enemy’ of Ewes.

In an editorial, Mr Adom-Otchere claimed Togbe Afede attended only 48 of 242 meetings organised by the Council and insinuated that the traditional leader’s rejection of the ex gratia, was mischievous.

Speaking at a press conference in Ho, the Volta regional capital on Friday, 10 June 2022, the group said: “According to Paul Adom-Otchere, his information on this issue emanated from the Council of State”.

“We find it extremely difficult to believe and, therefore, call on the revered institution to clear their image or we would assume they are aiding these treacherous characters in society”, the group said.

The youth are also demanding an apology and retraction of the attacks Mr Adom-Otchere hurled at their traditional leader.

“We wish to demand that Paul Adom-Otchere retract and render an unqualified apology to the Agbogbomefia Togbe Afede XIV and the good people of the Volta region as soon as practicable”.

“We call on the traditional rulers from Paul Adom-Otchere’s traditional area to impress upon him to be responsible in order not to inflame ethnic tensions if they truly exist and abhor disobedience toward traditional authority”, the angry youth advised.