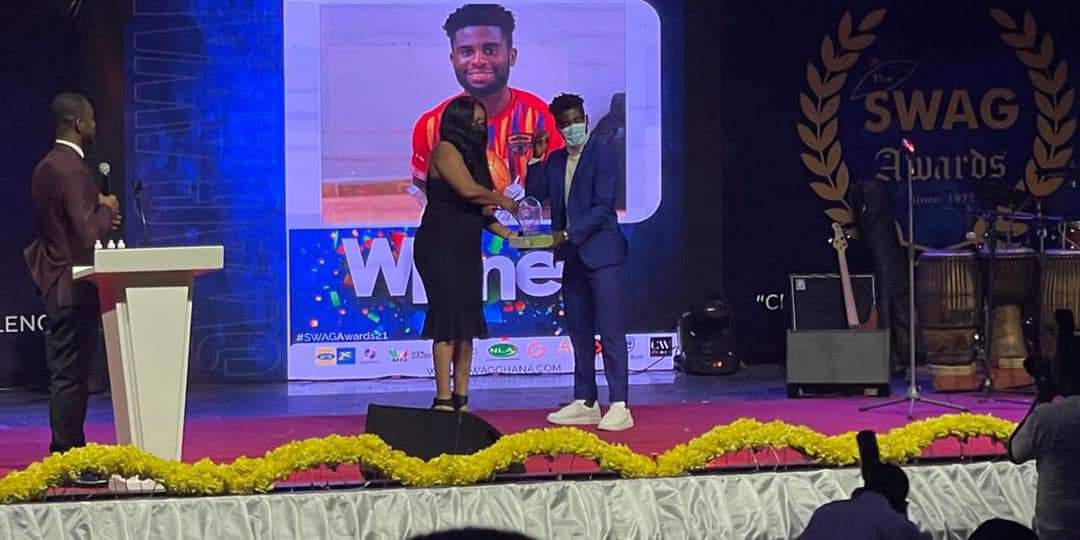 Afriyie Barnieh wins SWAG Home Base Player of the Year

Barnieh was very instrumental in Hearts of Oak team that won double, the league, and the FA cup, after eleven years.

Afriyie Barnieh also earned a call-up in the senior national team, Black Stars of Ghana with his performance.

Barnieh led the under 20 team to conquer Africa after twelve years since Ghana won.

Barnieh had to beat of competition from his teammate Salifu Ibrahim, who was the league’s best player and also from Diawusie Taylor, who was the top scorer in the last season league to win the prestigious awards.