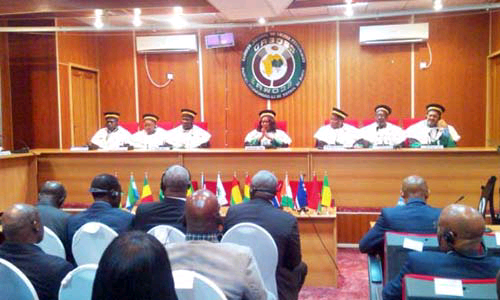 Ghana is to pay $750 cost awarded against the country by the ECOWAS Community Court of Justice wasting the time of the judicial body in a case filed against the Government of Ghana by Transparency International (GI), Ghana Integrity Initiative (GII), and the Ghana Anti-Corruption Coalition (GACC) in connection with the botched Agyapa deal. The suit was filed in July last year by the three anti-graft bodies.

In the suit, they challenged the move by the government to collateralise the country’s mineral resources without seeking the consent of the citizenry.

The suit was also aimed at getting the government of Ghana to follow due process with the deal.

On Wednesday, 23 March 2022, Chief State Attorney Dorothy Afriyie Ansah told the ECOWAS External Court during proceedings in Accra that the government needed one week to file a response to the plaintiffs’ application.

The plaintiffs’ Counsel, Olumide Babalola, wondered why the government of Ghana had not done so in more than 18 months and was now asking for more time to file a response.

Lawyer Babalola thus prayed the court to award a cost of $1,000 against the government of Ghana since his side would be inconvenienced by the country’s request for more time.

He explained that an adjournment would mean having to spend money on hotels and flights.

Ghana’s Counsel pleaded for mitigation and prayed the court to reduce the cost to $400 with an explanation that she took ill, thus, the delay.

The court’s President Justice Edward Amoako Asante, asked whether nobody else could have held brief for her while she took ill, pointing out that the court was sitting in Ghana solely because of the matter and, therefore, such adjournments were a hindrance.

The court then ordered the Ghana of Government to file all the necessary documents by Monday, 28 March 2022, so they case could be heard on Wednesday, 30 March 2022.