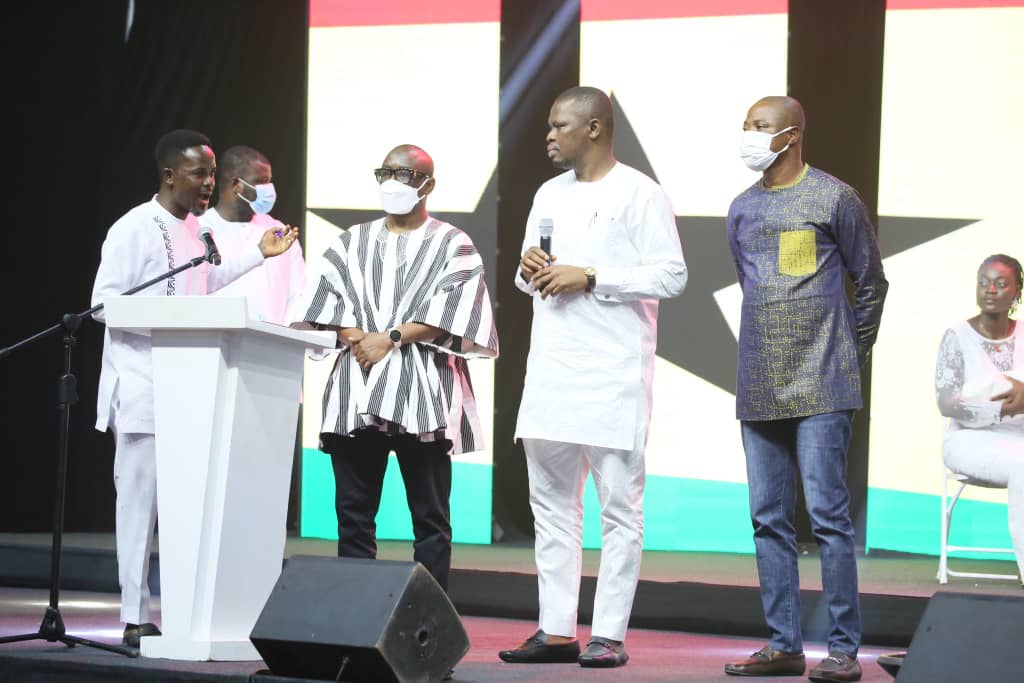 Ghana’s President Akufo-Addo has officially launched Mascot Logo and website for the 13th edition of the multi-sport event, All African Games at the Grand Arena of the Accra International Conference centre on Thursday.

Ghana won the bid to host 53 other African countries for the multi-sport event. There were an initial plan to build a multi-purpose stadium at Borteyman that will host all the games, but due to time factor, the nation has decided to use other facility to support the new stadium that is been built.

The president officially launched the triplets, Mascots, Logo, Website today. The president was not there in person, so his speech and launch was done on his behalf by the sports Minister, Ussif Mustapha.

“On this note, I have the singular honour to declare the 13th African Games official Logo, Mascot and Website duly launched. God Bless our Homeland Ghana. Thank you”

The mascot is “CKCDE3” which literally means Eagle.