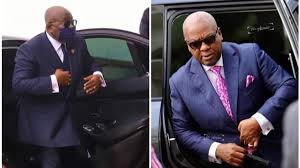 Ex-President John Dramani Mahama has taken a swipe at President Akufo-Addo for excessive borrowing upon assumption of power but has no projects to show for it, accusing him of his boundless appitite for consumption after increasing Ghana’s public debt stock to unbearable proportions in less than five years.

According to the former Ghaianan Leader, Akufo-Addo-Bawumia-led government is simply in a hurry to borrow and consume without deliberate agenda to execute projects and interventions to the benefits of the poor voter whose will has been subverted in crucial 2020 polls.

Speaking on an Accra-based XYZ TV as part of the wraps up of his Thank You Tour of the Greater Accra Region on Wednesday 10 November , H.E John Mahama said “I think that this government has to sit up.”

He noted that “Akufo-Addo and Bawumia are borrowing only for consumption. Between 2016, GHS120 billion debt, you have taken us to 375 billion in four and a half years for only consumption”.

He further told to attempt to be on top of issues, government must up its game to tackle head-on the hardship and burning issues Ghanaians are confronted with.

For Mahama, ” times are hard for Ghanaians. In his view, economy is at the Intersive Care Unit (ICU) resulting in hardships”.

Mahama has accused President Akufo-Addo of being responsible for over 60% of the current debt stock of GHC 375 billion.