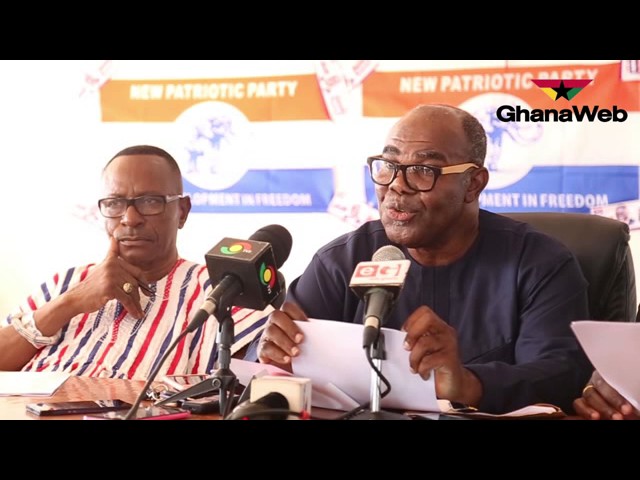 Former Attorney General and Minister of Justice Lawyer Joseph Nii Ayikoi Otoo has promised to strengthen communication machinery of the NPP to tout and put spotlight on the party’s achievements aimed at propelling the governing party to victory in 2024 if elected National Chair. According to him, although the Akufo-Akufo-Bawumia-led Administration has fulfilled many promises, little has been done to showcase the achievements.

Speaking after picking nomination to vying for the chairmanship race at NPP Headquarters in Accra-Ghana on Wednesday 15 June 2022 in, the former Ghaianan Ambassador to Canada Lawyer Ayikoi Otoo said “The job at stake is about highlighting our achievements and where we want to go. It’s not about change, I will straighten the communications of the party in run-up to crucial 2024 elections”.

A total of 51 stalwarts within the New Patriotic Party (NPP) have picked nomination forms to contest in various positions in the national election, when nomination ended.

The election which will be held at the party annual delegates’ conference from Friday, July 15, to Sunday, July 17, 2022, has given aspirants latest by Thursday to submit their nomination forms.

Vetting of aspirants is scheduled for June 17th to 20th 2022, whilst the vetting committee is expected to release its report on June, 22, and the Appeals Committee to sit on any cases between June 24 and 25.

The Director of Elections of the NPP, Evans Nimako, who disclosed this in an interview with a local radio station monitored by the Ghanaian Times yesterday, said seven people picked nominations to run for the National Chairperson position, whilst 10 people picked forms for the National Vice Chairperson positions with six contesting for the General Secretary position.

Mr Nimako cautioned aspirants to be disciplined in their campaigning as the party would not tolerates hate speeches and any activities that may tarnished the image of the party and mentioned delegates expected to vote at the annual delegates conference to elect the national executives included, the party’s Members of Parliament (MPs), all regional and constituencies executives, recognized representative of the party’s Tertiary Students Confederacy, founding members of the party among others.

He explained that a prospective candidate for any of the National Officers position shall be nominated by one member of the party’s National Council and seconded by 20 known and active registered members of the party and all seconders must be in good standing.