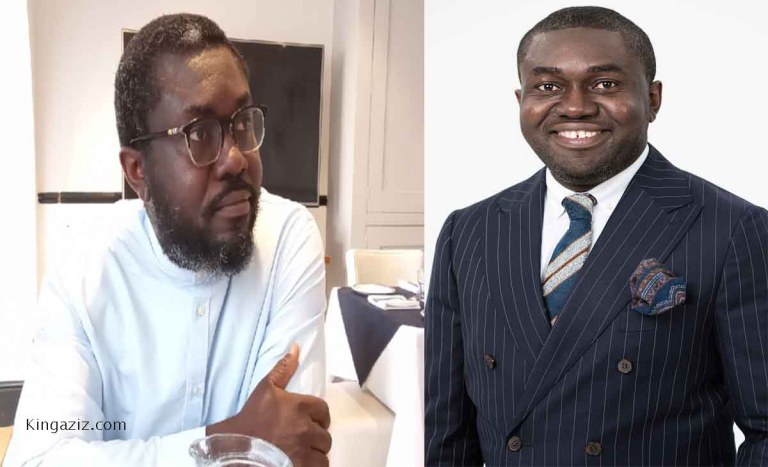 Oliver Barker Vormawor is a Ghanaian lawyer and social media activist, and Ph.D. student in the University of Cambridge Faculty of Law in the United Kingdom.

Oliver Barker Vormawor was largely acknowledged for his role in establishing the #FixTheCountry campaign.

He is a seasoned advisor on governance, with expertise in policy and law within the United Nations System and in African countries.

Through his career as a lawyer, he has often been involved in negotiations with private companies as well as legislators, government departments, as well as ministries and organizations in a variety of countries. He has also served in different capacities, such as the process of drafting laws and policies and also securing government or regulatory approvals for diverse international transactions.

In addition, Oliver has also served as an advisor for a number of multilateral and international organizations like The World Bank, UNDP, DFID, OSIWA, ClientEarth, and more.

Oliver was employed within the private sector as well as the government, and the United Nations before pursuing his doctoral studies through Cambridge University.

Olivier has served as a Diplomat for the Ghana Foreign Service as a Policy and Legal Officer in the Office of the President of Ghana and in the capacity of a Judicial Fellow to the vice president and the International Court of Justice, and as a Legal Officer at the United Nations Office in New York and as an advisor to the world-renowned legal company Covington & Burling LLP in Washington, DC.

Olivier has earned his Bachelor’s as well as Master’s degrees from Mohammed V Universities, Souissi, Rabat and Hassan, II Universities, Casablanca in Morocco, and a law degree from the Harvard Law School.

Oliver Barker Vormawor in a post on Facebook characterized the Ghana Army as “useless” for failing to respond to public uproar despite the bill still to be passed.

“If this E-Levy passes after this cake bullsh!t, I will do the coup myself. Useless Army!” he wrote.

Not only that, but in another post, he wrote; “Okay, let’s try again. If this E-Levy still passes after this cake bullshit, then may God….Help us to resist oppressor’s rule, With all our will and might for evermore. (2x). Useless Army. Anaa, the value is the same?”

Oliver Mawuse Barker has been arrested and chareged with treason felony in line with section 182 (b) of the Criminal and other Offences Act, 1960 (Act 29 of 1960).

In the words of the Police, the post of Mr. Barker-Vormawor includes a clear statement of intentions and possibly a plan to conduct a coup through his declaration of intention to undermine the Constitution of the Republic of Ghana.

On Monday, the Prosecutor, DSP Sylvestre Asare, told the court that the Ashaiman Police received a complaint that Mr. Barker-Vormawor was inciting individuals to overthrow the government.

The investigation discovered that the incitement occurred through social media. The evidence he provided formed the basis of the case against the accused person.

Lawyers for Mr. Oliver accompanied led by Anthony Akoto Ampaw urged the court to give him bail.

They claimed that the police were not obeying the Supreme Court ruling that stated that an accused person must appear in the court within 48 hours and with weekend days included.

DSP Asare in a sharp reply, however, noted that the Police on the weekend reached out to the Chief Justice to find a judge to consider the case. All efforts, he continued, provided futile.

The judge who heard the case Eleanor Barnes remanded the accused person in police custody, pointing out that the seriousness and nature of the offense meant that the court could not grant bail.

The court also ordered that he should be allowed to see his family members and lawyers each day between 10 am and 4 pm. He is expected to reappear on Monday, February 28.