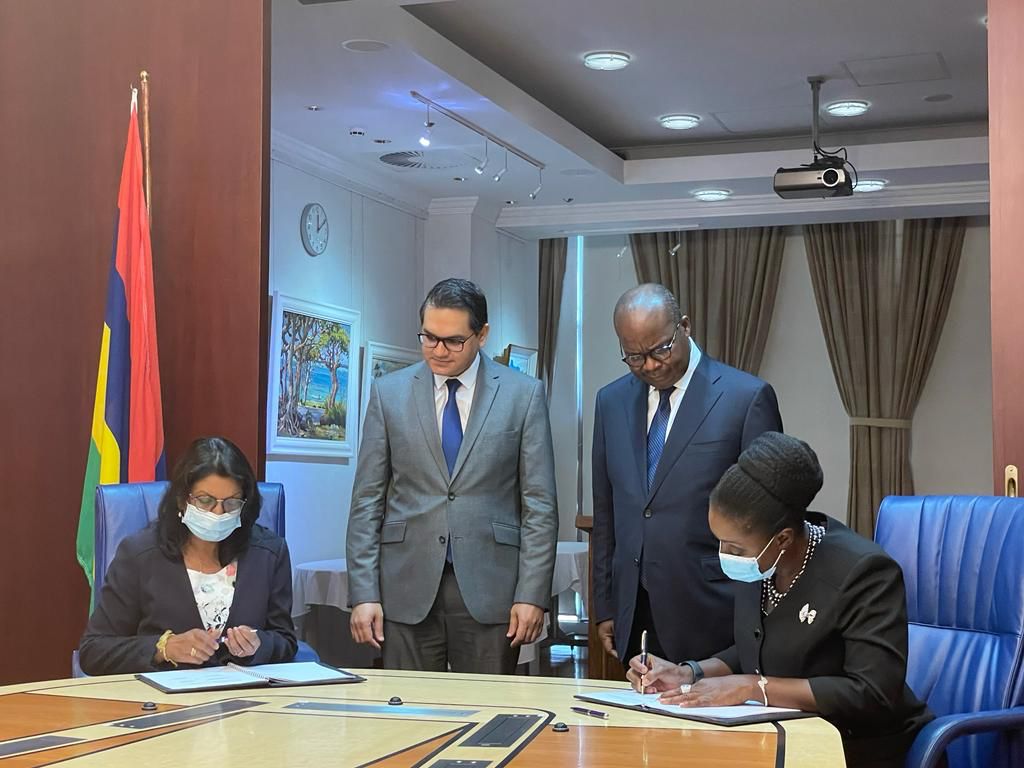 Governor of the Bank of Ghana, Dr. Ernest Addison, together with Governor of Mauritius Bank, Harvesh Kumar Seegolam have signed a historic Memorandum of Understanding (MoU) to deepen the existing ties of engagement between the two central banks in Port Louis.

The objective of the MOU is to establish an arrangement for exchange of information concerning the stability and development of their respective banking systems and as well a framework for capacity building in the financial services industry.

This would also enhance co-operation in the areas of research related to central banking.

The MOU is also expected to strengthen areas of compliance with international standards and regulations related to the financial market, performance and development of the payments system.

Other areas of central banking that are of mutual interest to the two Banks.

Governor Seegolam expressed appreciation to BoG for the signing the MoU, adding that, it would open up channels for co-operation between the two central banks.

He again commended BoG for the strides it has made in financial sector reforms including the area of digital financial services among others.

In response, Governor Dr. Addison stated that this MoU which establishes a formal basis for cooperation, is expected to strengthen previous cooperation and facilitate the performance of the respective monetary policy, supervisory and regulatory duties of the two central banks.
With Governor Dr. Addison were the Second Deputy Governor of the Bank of Ghana, Mrs. Elsie Addo Awadzi, Ms. Sandra Thompson, the Bank’s Secretary, Mr. Eric Koranteng, Head of the Governors’ Department, Bank of Ghana and Mr. Emmanuel Kinful, Special Assistant to the Governor of the Bank of Ghana.