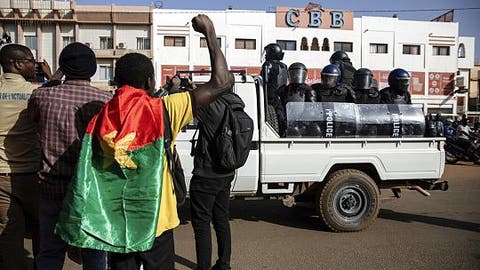 Clashes and chaotic sciences broke out on Saturday between police and demonstrators in Burkina Faso capital, Ouagadougou.

Police at riot scene had to resort to tear gas to calm down tempers and disperse the crowds who came out to protest against insecurity.

Last Thursday a government spokesperson justified the decision to block Facebook access in the lead-up to banned protests.

Previously, the mayor’s office had banned the demonstration planned for Saturday.

Since 2015 that Burkina Faso faces a spiral of violence attributed to armed jihad.