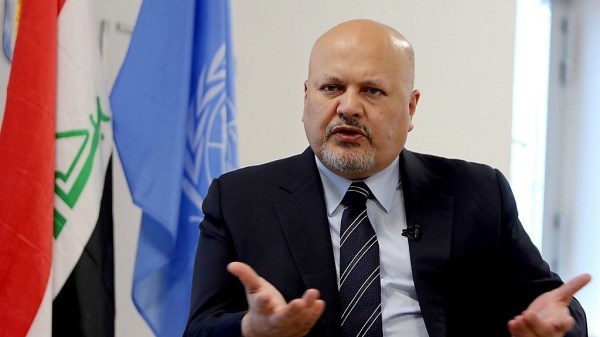 On 14 March 2022, Mr. Maxime Jeoffroy Eli Mokom Gawaka (“Mr Mokom”), was surrendered to the International Criminal Court (“ICC” or “the Court”) by the authorities of the Republic of Chad on account of an ICC warrant of arrest issued under seal on 10 December 2018. Mr Mokom is suspected of war crimes and crimes against humanity allegedly committed in Bangui and other locations in the Central African Republic (“CAR”) in 2013 and 2014.

When issuing the warrant of arrest, Pre-Trial Chamber II found that there were reasonable grounds to believe that an armed conflict not of an international character was ongoing on the territory of the CAR from at least September 2013 until at least December 2014 between the Seleka – a coalition of armed groups predominantly composed of Muslims opposed to former president François Bozizé – and the Anti-Balaka – a movement opposed to the Seleka and supportive of former president Bozizé. Moreover, the Chamber found reasonable grounds to believe that, from at least September 2013 until at least December 2014, an attack was conducted by the Anti-Balaka against the Muslim civilian population and those perceived as collectively responsible for, complicit with or supportive of the Seleka, pursuant to or in furtherance of an organisational policy to target primarily the Muslim population in Bangui and other prefectures.

The Chamber found reasonable grounds to believe that Mr Mokom, a national of the Central African Republic, born on 30 December 1978 in Bangui, was a National Coordinator of Operations of the Anti-Balaka and, in this capacity, he is suspected of being responsible for the following crimes:

Crimes against humanity consisting in (attempted) murder, extermination, deportation or forcible transfer of population, imprisonment or other severe deprivation of physical liberty, torture, persecution, enforced disappearance and other inhumane acts; and
war crimes consisting in (attempted) murder, torture, cruel treatment, mutilation, intentionally directing an attack against the civilian population, intentionally directing an attack against personnel, installations, material, units or vehicles involved in a humanitarian assistance, intentionally directing an attack against buildings dedicated to religion, pillaging, enlistment of children under the age of 15 years and their use to participate actively in hostilities, displacement of the civilian population and destroying or seizing the property of an adversary.

The alleged crimes were committed in various locations in the CAR, including Bangui, Bossangoa, the Lobaye Prefecture, Yaloké, Gaga, Bossemptélé, Boda, Carnot and Berberati, between at least 5 December 2013 and at least December 2014.

Mr Mokom is suspected of having committed these crimes jointly with others and/or through others in furtherance of a policy to target the Muslim population and others perceived to support the Seleka or to be “foreigners” in Bangui and in western CAR; or aided, abetted or otherwise assisted in the commission or attempted commission of these crimes.

The ICC Registrar, Mr Peter Lewis, thanked the authorities of the Republic of Chad and of the host State, The Netherlands, for their cooperation in the arrest and surrender of Mr Mokom to the Court.

Background: On 30 May 2014, the Government of the CAR referred the situation in the CAR since 1 August 2012 to the Court. The situation reportedly involved alleged crimes committed by both the Seleka and the Anti-Balaka. The violence allegedly led to thousands of deaths and left hundreds of thousands displaced. On 24 September 2014, the ICC Prosecutor opened an investigation in relation to this situation.

In this article:CAR II:,Maxime Jeoffroy Eli Mokom Gawaka,surrendered to ICC for crimes against humanity and war crimes