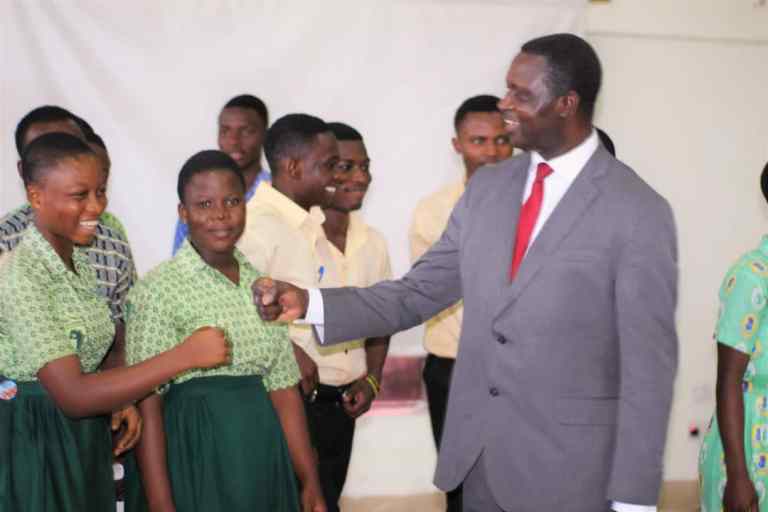 Having spent a bit more of his formative years in Japan; a land that specialises in Martial Arts (and a country where the police are taught to deepen using judo and Karate to arrest criminals instead of guns)… it didn’t come as a surprise when my son wanted to be a Ninja wearing a black belt Karate outfit during his school’s Career day.

Even though we’ve lived a few years in Asia, but hailing from Africa, will society applaud such a career?

Do I have to impose my dream of an ideal future on my son or coerce him to select a career that with foreknowledge pays better, is sustainable and has much prestige attached? Just in case it turns out to be prophetic.

Or I should just flow with the tide and allow him to fulfill his inherent desire of a future his ‘young’ eyes can see?…

Even though I couldn’t convincingly answer those questions above, just as they chose for themselves I allowed them. The younger wanted to be an Astronaut, a desire he as well caught in Japan and the older son wanted to be a grandmaster Martial Artist with an “Obi” – black belt.

Arriving at their school, it was as if all parents apart from me had a meeting to choose careers outside of my children’s own. I saw too many doctors and nurses. Countless security uniforms specifically Police, Military, Immigration etc. Rare teacher uniforms, scarce creative arts people, 3 pastors, 2 lawyers and 2 footballers.

I kept these images of pupils in my mind’s eye and thought; did all the children really desire to be doctors, nurses and police officers or it was their parents wish that they get stable and rewarding jobs?

Obviously. I have no answer but I wish to in this write up suggest that whatever the reason might be, it shouldn’t be outside of the child’s true desire regardless. You might say they are children and may not really know what they want but I tell you as it is said in the local Ghanaian parlance, if a child will not want to buy a car in the future, he or she will not be asking for the price of a bicycle tyre as a toddler stage.

May I use the examples of my siblings to illustrate my point better?

My sister Boafo Crosby Annan at a toddler age of 3, showed every trait of her current career. She picked flowers from hedges to arrange them into an image only she knew. My mother equally said she put ribbons in my grandma’s hair and made string of stones for her as beads. It is therefore unsurprising she currently is the CEO of All Gatherings Ghana (a decoration company) and Avikpa Beaded Jewelry and Accessories after University completion, Even though she has a Bsc in Animation and Film.

In the case of Noble Crosby Annan, at a young age of 9 or 10, the zeal with which he used to join me to the studios of Ankobra 101.9 FM as i presented weekend news bulletins in the late 2007 and early 2008, it wouldn’t have been far from a prediction to say even though he will later have had a Bsc in Consumer Science, his career was going to be outside of food but into media.

As for me, the least said about me, the better. My mother tells me, the practice of taking pen and book to the bathroom when I was in JSS because I might have a writing idea while bathing didn’t start there, but at an early age of 4. She says I slept with a pencil because I will want to write in my dreams. How ridiculous that sounds now, yet then, it informed her that I was of the liberal arts and so should I be guided along that path.

In conclusion, I do not assume to be a career counselor nor do I claim to be too wise a parent than you who ‘owns’ your child, but my humble advise is this: Every Child’s true career and fulfilling future usually has traces of their childhood interest, pay attention to that because that is more sustainable and has proven to be successful and fulfilling than society’s imposed career and parents expectations regardless.

(I am the Ghanaian villager that returned home from Japan, otherwise known as Afiba Anyanzua Boavo Twum).

In this article:Career Day in schs:,parents' desire of future or reality of children's inherent desire?,society's