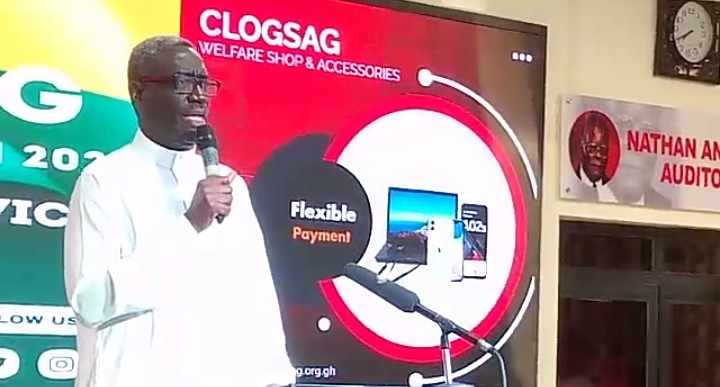 CLOGSAG will resume work if demands are met – Parliament

Committee on Local Government and Rural Development in Parliament is optimistic CLOGSAG will call-off the almost a month old strike action over non-payment of neutrality allowance.

Activities of MMDAs, Registrar General’s Department and other state institutions grounded to a halt due to government’s failure to pay their neutrality allowance as agreed. According to CLOGSAG, the employer has been dragging its feet when it comes to payment of their negotiated neutrality allowances.

Briefing journalists after a meeting with Executives of CLOGSAG, Vice Chairman Suleman Adamu Sanid, the ranking Member on Local Government and Rural Development Committee, Nii Lante Vanderpuije disclosed the association is ready to call off the strike if government does the needful.

They further disclosed the committee will be meeting labour and Finance Ministries as well as fair wages and salaries commission in its attempt to resolve the impasse given the implications on the public including Members of Parliament whose common fund cannot be processed.

“All of us are feeling it (strike) as we sit here as MPs our Common Fund releases from the Assembly cannot be worked on because the staff are on strike, so all of us are affected,” Nii Lante disclosed.

He said news reports over the weekend had complaints from many Ghanaians on the effect of the strike action by CLOGSAG.

“So every Ghanaians is affected that is the reason we said that we couldn’t wait for more days. Just over the weekend what we went through we have all called all our colleagues from the break everybody. So that we can see what we can do.

“We thought that what we have told them will hit them so before close of today let’s hope that what they want from the government will come and then the issue will be resolved,” the Odododiodio MP stated.