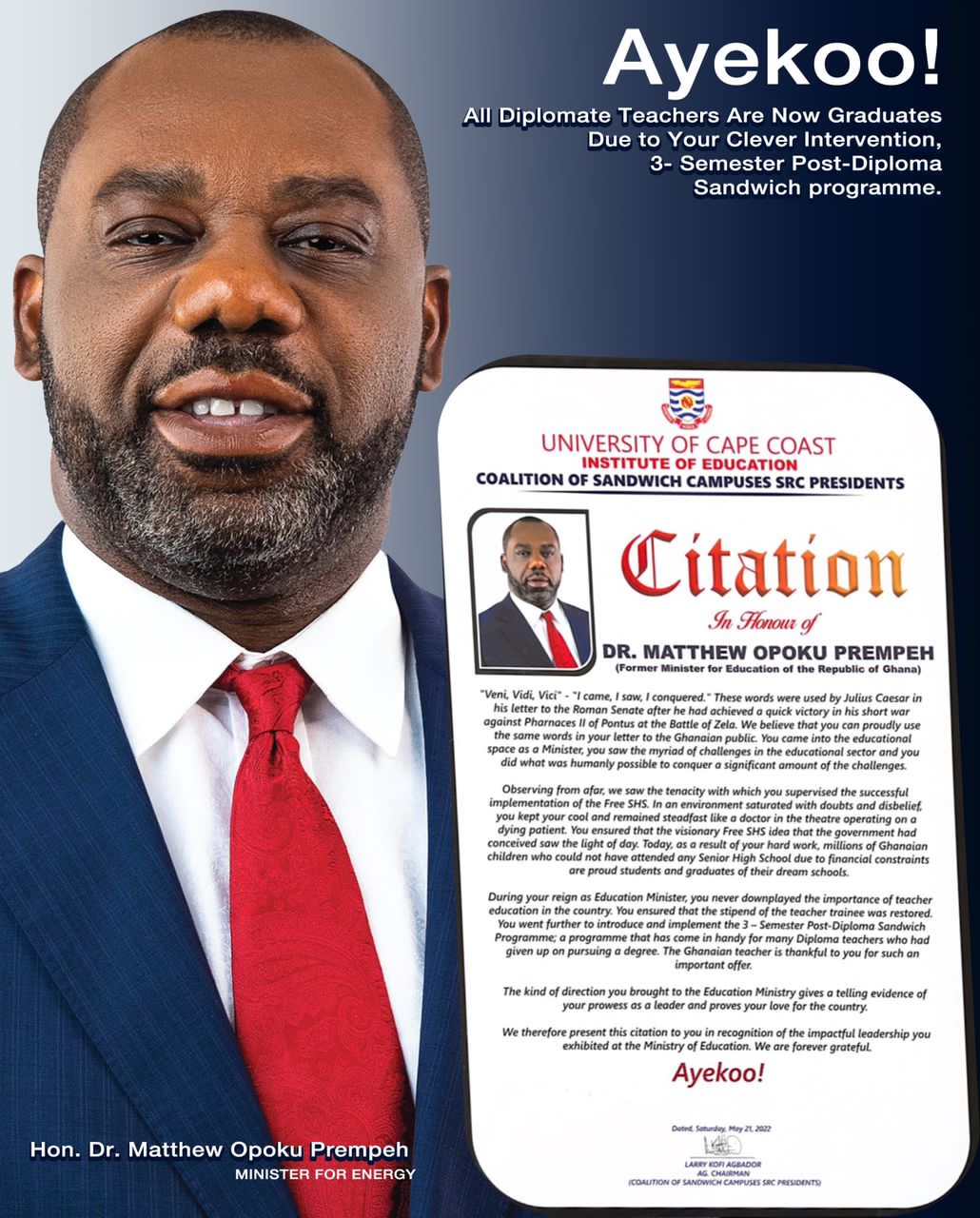 At a ceremony in Cape Coast last Saturday, the coalition of SRC Presidents presented a citation to Dr. Prempeh, in recognition of his impactful leadership during his time as Education Minister in the first term of the Akufo-Addo administration.

According to the coalition, Dr. Prempeh contrary to the skepticism of many, successfully supervised the implementation of the biggest governmental intervention in the education sector; the Free Senior High School Policy.

On Teacher Education, the coalition said Dr. Prempeh never downplayed its importance in the country. “In this regard, he ensured the reinstatement of the monthly allowance of teacher trainees which had been scrapped by the erstwhile administration.

He also provided leadership in the birth and implementation of the 3-Semester Post Diploma Sandwich Programme, which has today served as launching pad for numerous Diploma teachers to acquire a degree certificate” the coalition said in a statement.

The coalition also indicated that Dr. Prempeh also ensured that the Ghanaian teacher is given the appropriate recognition as a professional by overseeing the successful institutionalization of the teacher licensure policy.

“These and many more make us believe that he has been an outstanding Minister and thus, deserves our commendation” the statement concludes.

The citation was received on behalf of the Energy Minister by his Technical Assistant Mr. Kwame Agyin Agyapong and Public Relations Officer at the Ministry of Energy, Mr. Kwasi Obeng-Fosu.

Other recipients were the General Secretary of GNAT, Mr. Thomas T. Musah and Prof. Christine ADU-Yeboah.

The coalition of SRC Presidents of all sandwich campuses of the University of Cape Coast was formed to among others seek the welfare and the interest of sandwich students in the pursuit of university education.