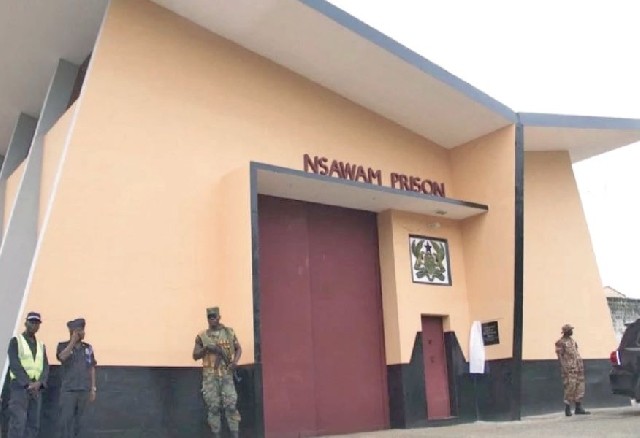 Overcrowding and congestion of major prisons in Ghana is critical. Sometimes, remand inmates even spend longer periods at prisons than sentenced prisoners. It is urgent to take a look challenges confronting prisoners, remand inmates and proffer remedy.

I believe that all men are born equal, endowed by their creator with such inalienable rights. Among those are life liberty and pursuit of happiness. Happiness about quality of education, health systems, economic empowerment, gainful employment, creative opportunity for young men and women including prisoners to invent, innovate and optimise Ghana’s natural resources for the benefits of the citizenry. This is not the case under the current situation where little is put in place to reform remand inmates and prisoners.

One major challenge confronting Ghana Prisons Service is overcrowding. Most prisons are accommodating numbers that have exceeded their thresholds. The Tamale Central Prisons which is believed to have been established in 1914 with an initial capacity of 78 is currently housing over 300 inmates. The problem has been worsened by the rather huge number of remand prisoners pending trial. Ghana prison service is proposing separation of remand inmates from convict prisoners in a bid to decongest the prisons. Chief Public Relations Officer of Ghana Prisons Service Superintendent Vitalis Ayeh summed it up when he said, ‘’ whatever reason it is people can stay in remind more than those sentenced. I would wish remind inmates are separated from prisoners. I mean if the person is not even dangerous, why remind him, if he is not going to interfere with the case, if it’s not about drug, if it’s murder case, is about patty crime, why can’t we allow the person to live at home and appear in court?….it serious and I think we have to look at the remind situation again if possible separate them’’.

Apart from a few modern prisons, most prisons were established during the colonial have not been expanded or refurbished. Human rights advocates are worried about the poor conditions of inmates. Human Rights Lawyer Martin Kpebu says government is obliged by law to separate remand inmates from convict prisoners.

“That is what the constitution required that they should be separated. We are always making that argument that no resources, no resources, we are rather not setting our priorities right”.

Furthermore, the scope of sentencing is quite narrow. Sentencing available are fines, conditional discharge, imprisonment and death. Community service orders are non-existent. Remission of sentences, presidential pardons and amnesties are not adequate to decongest the prisons. Bail terms are sometimes prohibitive and high-priced to the extent that the accused are unable to meet the conditions particularly when sureties are to be justified. Lawyer Julio De Medeilos is leading the debate for an amendment of criminal procedure and juvenile justice act to make a way for community sentencing.

According to him, ‘’Judges are in a hurry to give custodian sentences rather than looking at the other options that are available to us. So we would want amendment of Criminal Procedure and Juvenile Justice Act to include community kind of sentencing”.

From the scenario, it is evident that alternative sanctions to imprisonment be introduced, shifting from custodian to correctional sentencing to decongest the prisons. Former Director-General of Ghana Prison Service Emmanuel Adjator said the service is shifting focus from custodian sentencing to reformation and rehabilitation.

‘’ Right now the prison service is moving from custodian sentencing to reformation and rehabilitation and it is part of the reformation process to let people pursue distance education to improve themselves so that by the time they complete their jail terms, they will be to integrate into society and contribute to national development”, he told Jerry Akornor.

Not all but also another challenge the prison has to grapple with is that most workshops for the rehabilitation and reformation of prisoners are in a deplorable state and need to be refurbished. Equipment and tools are not only inadequate but are also obsolete and should be replaced with new ones. Deputy Minister of Housing and Water Resources Freda Prempeh proposed the way forward. She said ‘’ It has been a challenge and I hope going to Works and Housing Ministry, I believe I will put in a word for Ghana Prison Service and see how we can go in for Public Private Partnership and re-develop some of our houses’’.

Aside this, abuse of human rights and misapplication of the law cannot be swept under the carpet. Listen to an inmate at Nsawam prisons who wants an officer punished for assaulting another inmate who went into coma for using a mobile phone.

‘’There is one inmate in our prison called Emmanuel Oduro. An officer slapped the guy and the guy has fainted, he was having a phone and the officer asked him the guy to bring the phone and after collecting the phone he slapped him. The guy is an asthmatic patient”.

Education of Prisoners’ cannot be left in oblivion. Funds are needed to procure teaching and learning materials, libraries need to be equipped with relevant text books to meet the needs of inmates. Computers and their accessories are needed for the various ICT laboratories to make ICT learning available to interested inmates. But, the prisons service is helpless and rather proposing distance learning to the prisons.

‘’ We are in talks with University of Ghana, Cape Coast and Winneba to extend their service to the prison service to enable prisoners continue their education. We haven’t started yet but very soon we will have distance learning”, he said.

Dean of University of Ghana Continuing and Distance learning School Prof. Michael Tagoe has lauded the suggestion. We have had initial meetings with the commandant of Nsawam prisons Ghana, they are thinking we could come and establish a Distance Education Programme at the prison is a positive thing’’.

One thing is clear; some prisons are in deplorable state and would require funding for rehabilitation. Perhaps, the public can partner the Prisons Service in create conducive environment for officers, prisoners and inmates. Deputy Minister of Works and Housing Freda Prempeh is pushing for Public Private Partnership arrangement to improve accommodation.

Central to this discourse, it is reasonable to say, if prisoners are offered opportunities and are properly trained, they can make significant contributions to national development after serving their terms of imprisonment. It is against this background that all hands should be on the deck to address problems at the prisons.