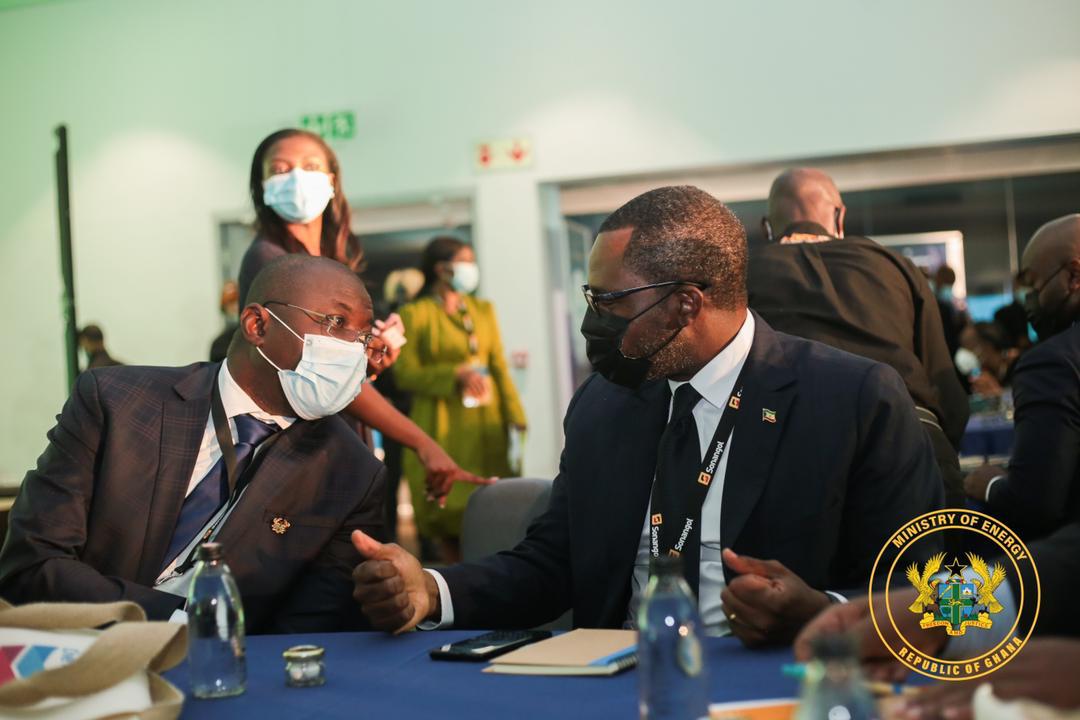 Deputy Minister for Energy, Hon. Dr. Amin Adam, has called for a global compact on the energy transition to address Africa’s peculiar circumstances.

He made this call when he addressed a gathering of African energy stakeholders at the maiden edition of the African Energy Week (AEW) in Cape Town, South Africa. Re-emphasizing Ghana’s current position on the global advocacy for energy transition, Dr. Adam underscored the need for the conversation of cleaner energy to be had within the context of Africa’s current growth trajectory.

To address the inequalities in the global energy space, the Deputy Minister, who is also the MP for Karaga, called for a global compact on the energy transition which would ensure that European banks vary financing policies in favour of oil and gas projects in Africa. He said under a special dispensation and sanction waiver, African producers divert a portion of the funding to develop high integrity carbon credits through reforestation and carbon removals, thus effectively offsetting a portion of the hydrocarbons they continue to produce.

African natural gas he says has been given the status as transition fuel for a longer period to allow gas reserves to be used when displacing a more carbon intense fossil fuel globally such as coal.

“The energy transition should not be divorced from the necessity for universal energy access as there are about 600 million people in Sub-Saharan Africa that have no access to electricity”, Dr. Amin said. “Reduction in carbon-based energy consumption through energy efficiency should be promoted in Africa, as Africa’s emissions remain very low”, he added.

To further re-establish the position of Ghana, the Deputy Minister referred to a statement articulated at the COP 26 in Glasgow by President of Ghana, H.E. Nana Addo Dankwa Akufo-Addo. In his address, the President stated

“The Almighty has blessed our lands with abundant natural resources, and it would be wholly unfair for the world to demand that Africa abandons the exploitation of these same resources needed to finance her development and help us to cope better with the threat of climate change, at a time when many countries on the continent have only just discovered them. Ghana acknowledges the importance and effects of Climate Change, and the urgent need to combat it, and we acknowledge equally the importance of protecting our development. We believe that a balance must be struck and maintained between our social, economic and environmental imperatives”.

The Africa Energy Week is the African Energy Chamber’s first ever interactive exhibition and networking event that seeks to unite African Energy stakeholders to drive industry growth and development and promote Africa as a destination of African-focused events.