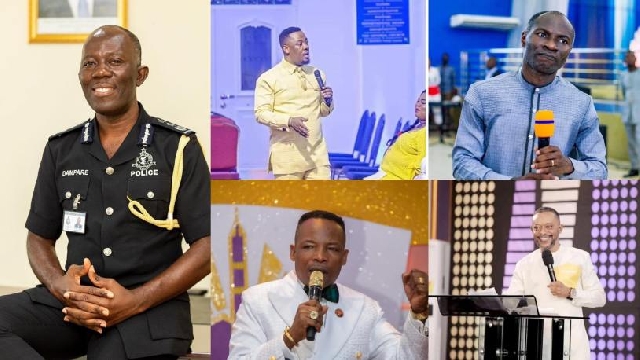 Ghana Police Service has drawn the attention of the public that the law on the publication of false information including prophecies that have the tendency to cause fear and alarm/panic or put people’s lives in danger, is not limited to 31st December watch night services but should be adhered to on a daily basis.

The police reiterated that the law is not against religious practices or the performance of religious doctrines and beliefs such as prophecies but nonetheless, guards against the spread of fear and panic.

It said if such information is communicated publicly and undermines the laws of the state, the relevant laws and sanctions will be applied.

The police commended religious groups, in particular, and the public, for their general support and understanding of their proactive policing initiative on the communication of prophecies and related matters prior to the 31st December celebrations.

Due to this directive, the usual doom predictions by some self-styled prophets were largely missing in last year’s watch-night services across the country.

The police, however, said following its directive against the publication of prophecies that cause fear and panic, multiple video footages have come to its attention regarding the same thing on 31st December 2021.

The police said it has begun analysing these videos to ascertain whether any of them is in breach of the laws of the country and anybody found culpable will be put before the court.

Meanwhile, the Ghana Police Service says it is reviewing the prophecies that might have flouted the law on dangerous, fear and alarm or panic laws.