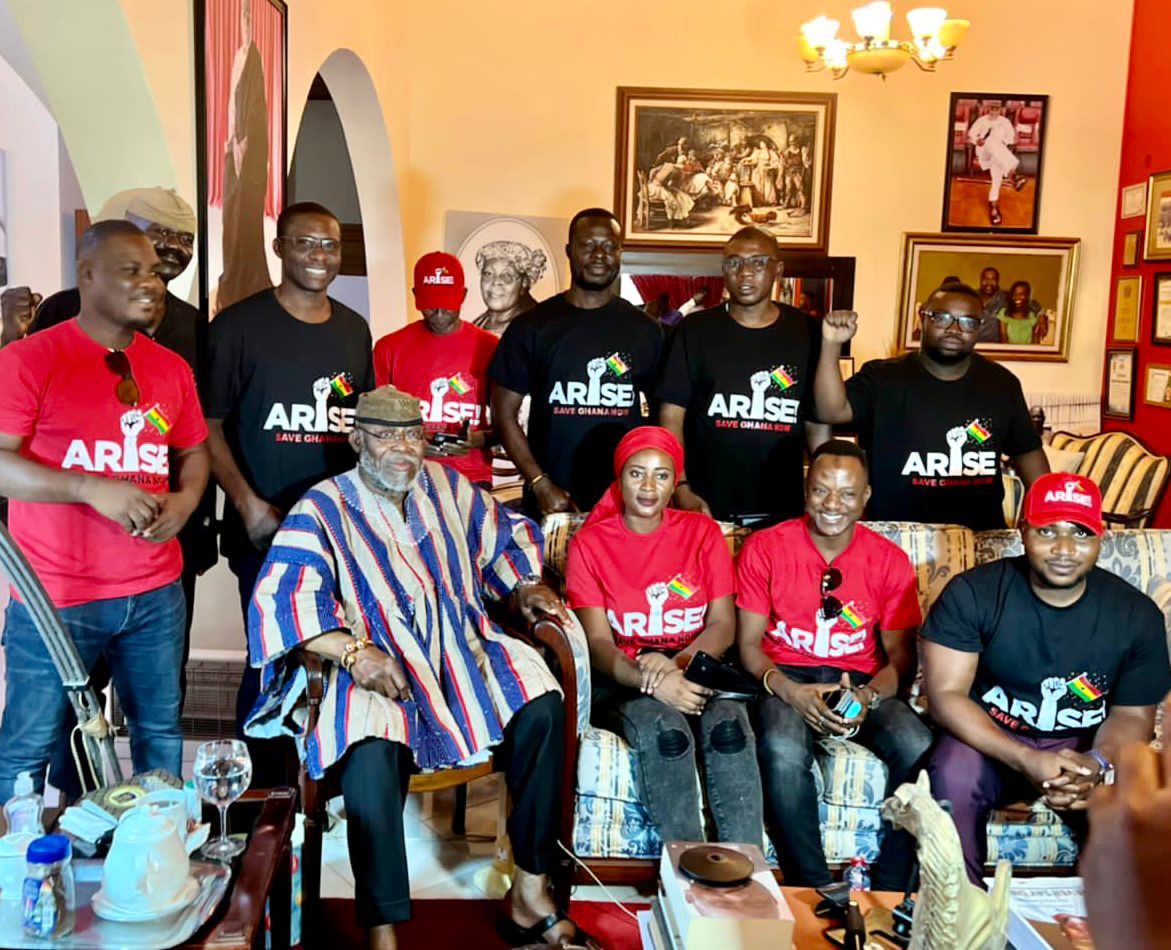 Founding Member of New Patriotic Party (NPP) Dr. Nyaho Nyaho-Tameklo has revealed his preparedness to join the ARISE Ghana demontration against Akufo-Addo-Bawumia-led regime over poor governance slated for June 28 and 29.

Ghana’s inflation stands at 27.6%, debt to GDP is over 80% with extenal debt stock rising from GHC120 billion in 2016 to a whopping GHC 400 billion coupled with hikes in fuel and food prices, a situation many refered to as the most excruciating and unbearable hardships in recent history.

Speaking in an interview monitored by African Editors on Friday 17 June 2022 in Accra-Ghana, the former Ghana Football Association Boss Dr. Nyaho Nyaho-Tameklo who expressed unflinching support for the demontration, said “It’s shameful that Ghana’s Finance Minister Ken Ofori-Atta is running away from urgent questions on Covid-19 expenditure tabled before him by Parliament, the people’s representatives. You’ve been given money to spent, come and account for it, you’re running away….what’s is he running way from?”.

Pressure group christened “Arise Ghana” has served notice to embark on demonstration on the June 28 and 29, 2022 in Accra to mount intense pressure on Akufo-Addo-Bawumia-led Administration over display of incompetence, corruption, economic hardships to demand that the book runners of Ghana act in the best interest of Ghanaians.

The group says the demonstration in Accra is the first in the series of protest actions that it shall be relentlessly holding across the length and breadth of the country.

We all have a role to play in the struggle to save the soul of our beloved country. The time to act is now!”.

Speaking at a news conference in Accra, Comrade Mordecai Thiombiano, a member of “Arise Ghana” and General Secretary of All People’s Congress(APC) said Ghana is on the verge of becoming a failed state.

As a result, the center can no longer hold and things are falling apart stressing that the current state of affairs calls for action.

He added that every well-meaning Ghanaian was therefore duty-bound not only to speak against the ills of today but also to act now in order to save the soul of Ghana.

“Arise Ghana” is also demanding the immediate cancelation of the Agyapa royalties deal as same is not in the national interest as well as the withdrawal of the Executive Instrument(EI) 144 and the end to land grabbing of the Achimota forest reserve land.

The group also called on Government to immediately reduce fuel prices through the scrapping of crippling taxes such as a sanitation levy of 10 pesewas on every liter of diesel and petrol.

The reduction of fuel according to “Arise Ghana” would provide some respite to suffering drivers and Ghanaians as a whole.

With regards to the E-levy,”Arise Ghana” demanded the immediate repeal of the E-levy Act, saying it nothing but a naked thievery of the meager resources of the citizenry by the wicked Akufo-Addo and Dr. Bawumia Government.