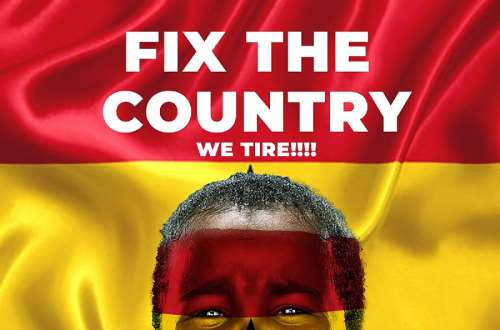 “Be careful not to expose yourself to contempt of court charges”, #FixTheCountry Movement has threatened to drag Ghana Revenue Authority (GRA) to court if it implement the controversial Electronic Transfer Levy (E-levy) despite the Minority’s pending injunction application against the implementation.

The Convenors argue that any attempt by the GRA to enforce the E-levy law on May 1, 2022, as planned will amount to contempt of court.

In a letter written to the Commissioner-General of the GRA, the Movement demanded that the Authority is “stopped from implementing the E-levy Act 2022 (Act 1075) until a competent Court declares otherwise”, adding that the GRA resiles from its intention to commence the implementation of the E-levy.

Some members of the Minority Caucus have gone to the Supreme Court to fight the passage of the E-levy by the Majority side of Parliament, despite the walkout by Minority MPs.

They subsequently filed an injunction on the implementation of the E-levy pending the final determination of the case.

However, the GRA has notified that the tax measure is coming into full force in May, a position the convenors who staged a protest against the E-levy even before its passage, find problematic.

They have thus vowed to use available legal means to stop the GRA.

“We indicate our preparedness to take all law-based actions, including direct actions to prevent the violation of the Constitution, as required under Articles 3 and 42 of the 1992 Constitution; to the initiation of contempt proceedings against the Commissioner-General and the Authority should it fail to observe the law”, parts of the letter read.

The apex court has scheduled the hearing of the case for May 4, 2022, three days after the planned date for the implementation of the levy.

The Majority Caucus in Parliament has downplayed the Minority’s legal action over the passage of the levy.

According to the Majority Caucus, the appropriate parliamentary resolution processes were not followed through by the Minority before heading to court.

Addressing journalists, the Majority Leader, Osei Kyei-Mensah Bonsu, said it behooves the Minority to provide substantial evidence to their claim.

“The burden of proof lies on the Minority to go to court and prove their case. No Supreme Court anywhere indulges in processes and procedures relating to Parliament. It is the reason why when they took a vote on the supposed rejection of the budget statement, they pushed for a division. They [Minority] pushed themselves into a labyrinth”.