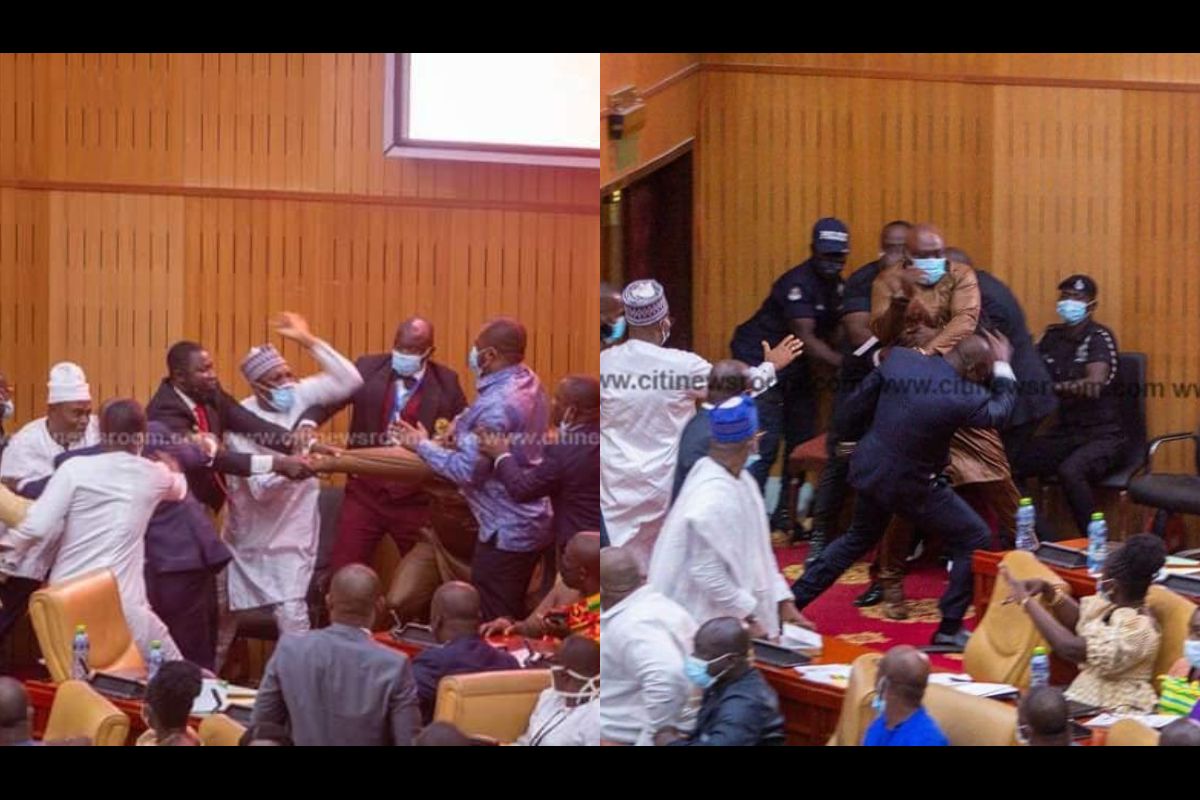 The passage of controversial e-levy bill hangs in the balance after Parliament adjourned sitting to 18 January 2022.

It implies that the controversial e-levy has not been passed and would be revisited in 2022 when Ghana’s lawmaking house reconvenes next year.

The adjournment follows a chaotic scenes in Parliament on Monday, 20 December 2021 over the e-levy, the Majority Leader, Mr Osei Kyei-Mensah-Bonsu, today, Tuesday, 21 December 2021, prayed the sit-in Speaker, First Deputy Speaker Joe Osei-Owusu, to adjourn the house until January 18, 2022, for cooler heads to prevail.

In his view, tensions were still high to transact business.

He said: “We adjourned sitting yesterday [Monday] and indicated to ourselves that the house will be reconvening at 9:00 am today, [Tuesday, December 21, 2021] but we have been waiting for all this while making the necessary calls but thus far, nothing responsive, and I think where we are if we take an adjournment, it will allow coolers to come back to this house, and then we come back to continue with business in a much more serene environment. In that regard, Mr Speaker, I invite you to adjourn the house in the hope that we can come back on January 18.”

He was seconded by Minority leader Haruna Iddrisu who said the adjournment will allow for further deliberations.

“It is important that we carry the country along, and we need to demonstrate to the country that our democracy is growing and will not suffer some unacceptable scenes and spectacles we’ve witnessed on the floor.

“So, I can only concur with what the leader has said, so you adjourn the House sine die for some consultation on the outstanding issue,” Mr Iddrisu said.

Parliament on Monday night, 20 December 2021 became a boxing arena as the House voted for the 1.75 e-levy bill.

The rumpus started when First Deputy Speaker Joe Osei-Owusu, who was presiding over the business of the house in the absence of Speaker Alban Bagbin, attempted to also cast his ballot on whether or not the e-levy bill should be considered under a certificate of urgency.

MPs from either side of the house were seen exchanging blows over the matter, which threw the whole house into chaos.

Earlier in the day, the Finance Committee of Parliament approved the controversial e-levy bill.

The Minority side, made up of 12 members, voted against it while the 12 members on the Majority side voted for it.

The Chairman of the Committee voted in favour of the bill to break the tie.

This meant it had to be put before the plenary for a certificate of urgency vote.

The NDC and its Minority are against the 1.75 per cent levy which will affect electronic transactions.

Several calls on the government to drop the proposed tax has fallen on deaf ears.

The government has explained that the upsurge in the use of e-payment platforms, as a result of the COVID-19 pandemic, has been an impetus for the introduction of the levy.

As a result, Ghana recorded a total of GHS500 billion from e-transactions in 2020 compared with GHS78 billion in 2016.

The government says the e-Levy proceeds will be used to support entrepreneurship, youth employment, cyber security, and digital and road infrastructure, among others.

Meanwhile, Association of Mobile Money agents in Ghana are set to embark on strike action over attempt by government to impose tax on mobile money and other digital transactions.