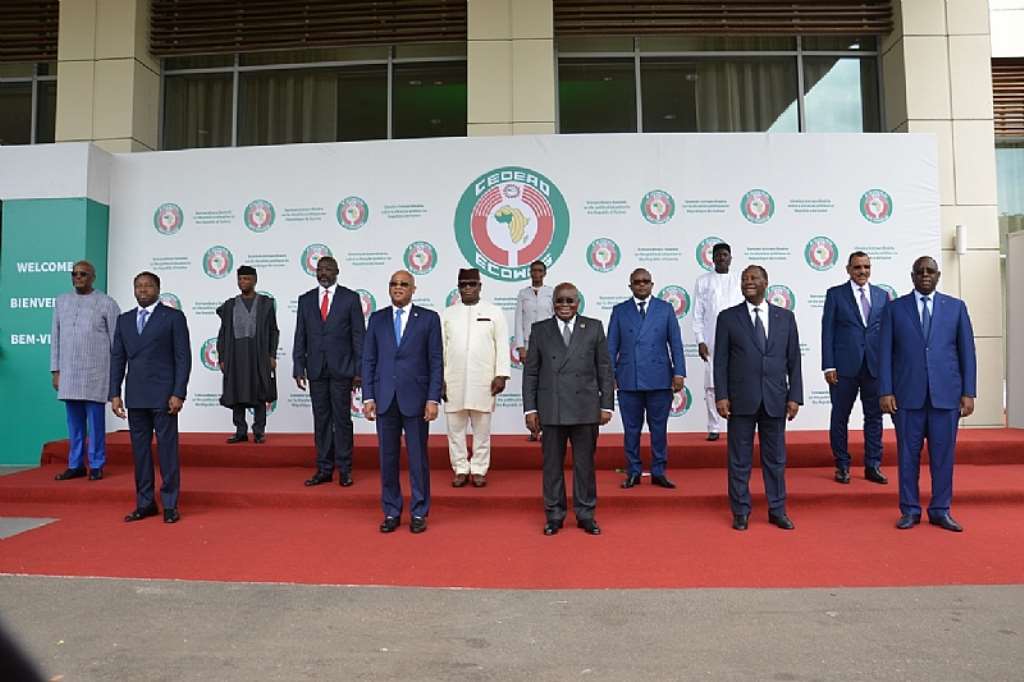 West African Leaders on Sunday imposed tougher sanctions on Mali including withdrawal of Ambassadors, border closures and a trade embargo, making a strong case that, the military regime’s delays to a return to constitutional rule were “totally unacceptable”.

And the bloc will recall its member states’ ambassadors to Mali, the leaders decided at an extraordinary closed-door gathering in Ghana.

The proposal by Mali’s military rulers to hold elections in December 2026 “simply means that an illegitimate military transition Government will take the Malian people hostage during the next five years”, said the ECOWAS.

The meeting followed months of increasing tensions over the timetable for restoring civilian rule in Mali after two coups and a military takeover.

Under threat of sanctions, Goita promised to restore civilian rule in February 2022 after holding presidential and legislative elections.

But he staged a second coup in May 2021, forcing out an interim civilian government, disrupting the reform timetable, and provoking widespread diplomatic condemnation.

On December 30, after Mali’s reform conference ended, the government suggested a transition period of between six months and five years, starting from January 1 this year.

The move was intended “to maintain dialogue and good cooperation with ECOWAS”, said Malian Foreign Minister Abdoulaye Diop, without elaborating.

“Mali’s counter-proposal is for a four-year transition,” said a senior official from Ghana, which holds the ECOWAS chair. “It’s a joke.”

The 15-nation bloc has led the push for the former French colony to honor its commitment to stage elections early this year.

The bloc’s push to ensure a return to civilian rule has put its credibility on the line as it seeks to uphold fundamental principles of governance and contain regional instability.