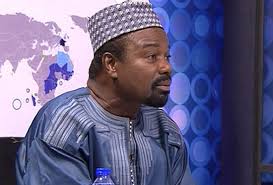 Chaotic scenes broke out between unarmed protestors, police and military which resulted in shooting of two residents with two others sustaining gunshot injuries.

According to the Chairman of the Committee Justice George Koomson, the committee is determined to conduct a diligent business.

Speaking at Ejura during his first appearance on Monday 4 July 2021 In Ashanti Region Appeal Court Justice Koomson said “the truth will prevail”.

According to Justice Koomson, “hearing will start from 10am and ends at 4pm daily”.

“We have been given ten days but the fact is that if there is still witnesses to gather information from, we’ll ask for extension”.

Meanwhile, a Brother of the late Kaaka, Nafiu Mohammed says the anxiety of the family in this trying time is to demands that the truth prevail.

“We expect a report that is welcoming, very truthful and justice must be served.

Minority caucus of Parliament has however pushed for a committee of enquiry be set up to probe the recent military brutalities in Wa and Ejura.

Speaker of Parliament Alban Bagbin has since charged Defense and Interior Committee to probe the Wa military brutalities to unravel the truth.