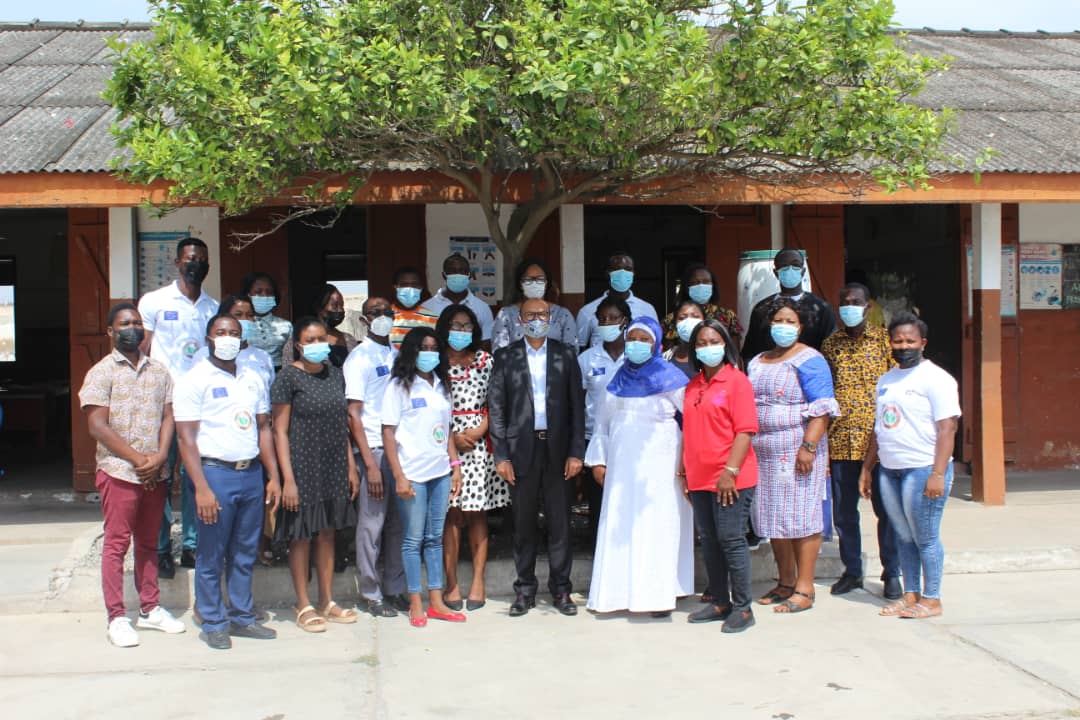 The European Union (EU) Ghana in collaboration with Environment 360 has sensitized teachers on a project that would create environmental cleanliness and awareness in some twenty-five selected schools at St. Michael and All Angels Anglican school in Korle-Gonno, a suburb of Accra.

The campaign programme dubbed “Green and Healthy Together” initiative chances on supporting schools to mitigate the COVID-19 pandemic and as well strategise to roll out varieties of environmental educative programmes in some selected schools in the Greater Accra Region.

Speaking at the ceremony to appreciate the teachers, the EU Ambassador to Ghana, His Excellency, Irchad Razaaly commended the twenty-five (25) teachers for their commitment towards the project, stating that, their actions would enhance a healthy environment in their respective schools.

The Ambassador together with the delegations further expressed their gratitude to all the stakeholders who superintended the implementation of the initiative from the onset.

“I also commended Environment 360 for the collaboration in spearheading the project which have impacted tremendously on the environment in the schools”, he stressed.

The project which was launched in February 2021 have supported scores of schools in the Greater Accra Region including hand washing stations, recycling bins, composting and recycling of waste materials as well as art competition in the bid to support the reuse of recyclable materials for creative purposes.

According to the Ambassador, since circular economy is their priority, the EU and iots counterparts are delighted to support more than 1,000 children through such laudable initiative.

He again explained that, the project have laid a foundation for the next generation to support circularity not only in their personal lives but the communities at large.

The Founder and Executive Director of Environment 360, Cordie Aziz-Nash also touched on the great strides that the initiative has made to the schools and the environment in Accra.

“The program did not only support access to hand washing in the jurisdictions of the schools but also contributed to the decrease of the volumes of waste at land filled sites across the country,” she said.

According to her, the children have learnt and acquired skills in recycling to address the excessive waste in the communities and schools because it can be turned into other commercial use when value is added to it.

Management and staff of the schools also commended the EU and Environment 360 for such brilliant initiative, adding that, such programme have brought to bear environmental cleanliness in all aspects of their surroundings.

Meanwhile, about 2.195 tonnes of paper and plastic wastes were recycled by the 25 selected schools whereas five (5) composting bins, twenty-five (25) contactless hand washing stations, composting education were also donated to the schools as part of the awareness creation.