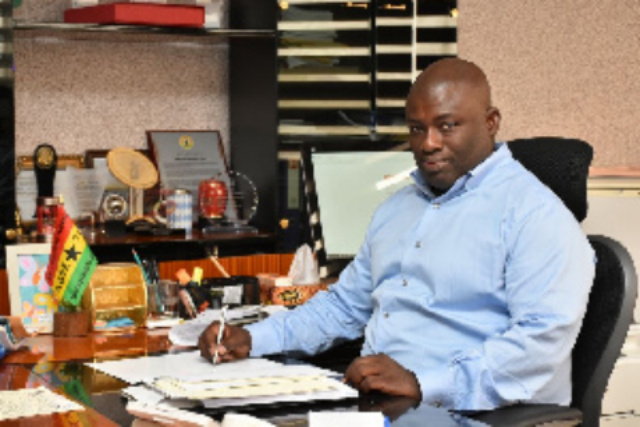 Former MD of TOR, Asante Berko agrees to settle in $4.5m bribery case with US SEC

• A former managing director of the Tema Oil Refinery, Asante Berko has agreed to settle in a matter in which the US SEC brought charges of bribery against him

• Mr Berko has agreed to pay an amount of about $329,000 to resolve the finding by the SEC

A former boos of the Tema Oil Refinery, Asante Berko has reportedly agreed to a settlement in a case in which the Securities and Exchange Commission of the USA charged him for facilitating bribes running into millions of dollars which were paid to some Ghanaian government officials to aid the award of a power contract.

According to a Starr News publication sighted by GhanaWeb, Mr Berko has agreed to pay an amount of around $329,000 to resolve the finding by the SEC.

According to court files, Mr Berko will pay the fine without admitting or denying the allegations by the US regulators.

“Mr. Berko is pleased to put this matter behind him,” is what his lawyer, Carl Loewenson Jr., a partner at the law firm Morrison & Foerster LLP is reported to have said.

The stated amount according to the US SEC represents net profits he gained from the alleged bribery scheme. The former TOR Managing Director was in April 2020 charged in a civil suit in which he was alleged to have facilitated some $4.5 million in bribes to assist a Turkish company win a government contract to build a power plant in the country.

Mr Berko is said to have personally paid at least $66,000 to some Ghanaians MPs.

According to persons with insider information to the SEC’s lawsuit which accused him of violating the U.S. Foreign Corrupt Practices Act, Turkish company is AKSA Energy which channelled funds through an intermediary who then paid the bribes to officials of the government of Ghana on their behalf.

International finance firm Goldman Sachs which was initially involved in the project ended their relationship with the Turkish firm after the company refused to explain the role of the intermediary firm in the project.

Mr Berko who was the intermediary and a former employee of Goldman Sachs is said to have attempted to hide the bribery scheme from the bank’s compliance officers, according to the SEC’s lawsuit.

Goldman Sachs which was not named in the lawsuit has maintained that it fully cooperated with the commission at the time and that sits compliance officers took “appropriate steps.”