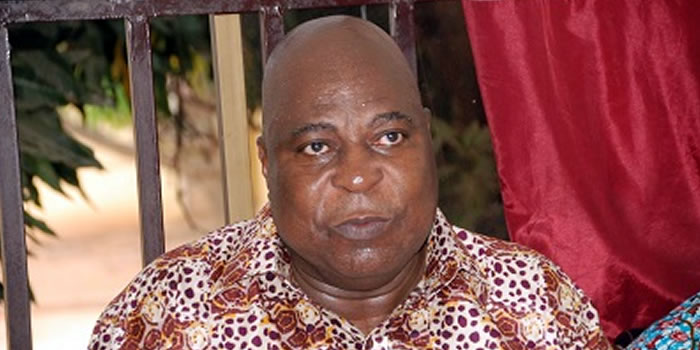 His demise occurred at the Tema General Hospital today, Friday, January 7, 2022,after a short illness.

African Editors’ sources at have confirmed that Mr. Ashitey, aged 68, returned from the United States a week ago after seeking medical treatment for an undisclosed illness.

There were reports Mr. Ashitey was considering contesting for the National Chairmanship position of the NPP when the party elects National Officers later this year.

Mr. Ashitey was born on the 20th of November, 1954 at Tema in the Greater Region. He had his primary and middle school education at the Manhean Middle Mixed School in Tema.

After successfully completing his studies for the middle school leaving certificate, he went to Kpando Technical Institute in the Volta Region and then to the Accra Polytechnic for a course in mechanical engineering.

In his quest for further knowledge, He entered the the Kwame Nkrumah University of Science and Technology where he obtained a Diploma in Mechanical Engineering.

He holds an Executive Masters in Governance and Leadership from GIMPA.

Hon. Ishmael Ashitey, as a Mechanical Engineer, has worked in many organizations in and outside the country.

Notable amongst them are Tema Steel Works, Accra Brewery Limited in Ghana, Tecnofin Nederlands and General Establishment for Plastics & Industries all in Libya.

Since joining the New Patriotic Party (NPP) in 1992, Hon. Ashitey has through hard work, commitment and dedication risen through the rank and file of the party.

He has served as a Member of Parliament for Tema East on three consecutive occasions from 1996 to 2008.

In Parliament, he served on the Mines and Energy, Foreign Affairs, Government’s Assurances and the House committees, among others.

Hon. Ashitey served as a Minister of State at the Ministries of Food and Agriculture and Trade, Industry & President’s Special Initiatives under the leadership and government of H.E John Agyekum Kuffour.

During the 2016 elections, Hon. Ashitey as the Regional chairman of NPP led his party to retain and regain most of the Parliamentary seats in Greater Accra which eventually helped the party to attain victory.

Until his death, he was a Member of (NEC) NPP and a member of the NPP National Council.

Hon. Ishmael Ashitey is a Presbyterian and enjoys reading, swimming, walking and listening to good music.

He was married with four children.