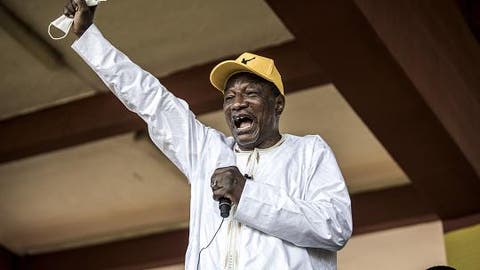 Guinea’s ousted President Alpha Conde is “finally free” and can receive visitors, the junta who overthrew him has revealed.

He was allowed to go to the United Arab Emirates for medical treatment in January, coming back to Guinea on April 10.

His party, Rally of the Guinean People (RPG) has said that he was not truly free before or after his trip, and demanded his “total and unconditional freedom”.

To back up its call, the RPG suspended its participation at a junta-organized national reconciliation conference in protest at his detention.

A statement by the junta published late Friday said that Doumbouya “informs national and international opinion that the former President of the Guinea is finally free”.

“While continuing to benefit from adequate protection, he can receive on-demand members of his biological and political family, friends and close ones,” it said.

The statement said Prof. Conde will stay at his wife’s house in the capital Conakry until his own private house is constructed in the suburb of Kipe.

“The dignity and integrality of Professor Alpha Conde will always be preserved,” the statement said.

The coup followed fierce protests over Conde’s successful bid for a third term in office, which critics said breached the constitution.

Doumbouya, who has been sworn in as Interim President, has promised to restore civilian rule, but resisted international pressure to commit to a date.