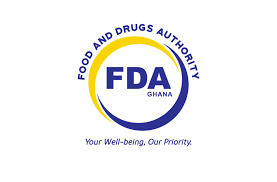 Food and Drug Authority (FDA) has partnered MUSIGA to mitigate the canker of substance abuse predominantly among the youth in Ghana.

A statement signed and issued by the FDA on December 20, 2021 ahead of the release of the video said “The partnership which takes the form of a music video, features some key industry players such as Kwame Eugene, Articles Wan, Bogo Blay, Eno Barony, Amrado and Yaa Yaa”.