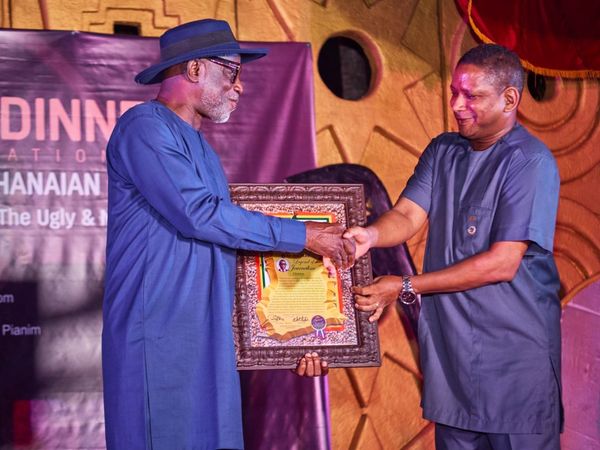 Board Chairman of Ghana Grid Company Limited (GRIDCo), Ambassador Kabral Blay-Amihere, has been honoured for his media activism which contributed to free speech, media training and policies that led to the expansion of press freedom in the Republic of Ghana.

Kabral Blay-Amihere, a veteran journalist, was at the forefront of media activism from the 80s until the early 2000s.

He was honoured by the Centre for Media and Culture alongside Ghana’s former President, John Agyekum Kufuor, and 13 others.

GRIDCo’s Board Chairman is also a former Ghanaian Diplomat, former President of the Ghana Journalists Association (GJA) and Chairman of the National Media Commission (NMC).

He was in the media practice for 25 years.

In a post sighted on GRIDCo’s Facebook page, the transmission company congratulated the GRIDCo Board Chairman for his continued service to Ghana.

In this article:Ghana,GRIDCo Board Chair honoured