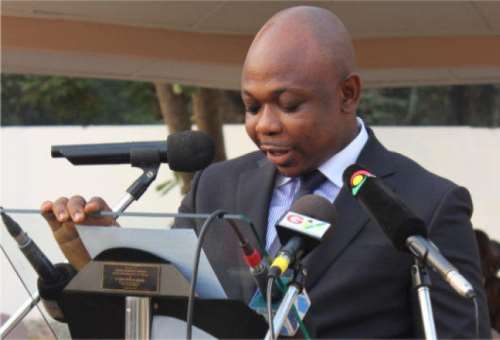 Former Deputy Interior Minister James Agalga has questioned the independence of the committee constituted by Interior Minister Ambrose Dery to investigate the killing of Ibrahim Mohammed, known in private life as Kaaka and two others at Ejura in the Ashanti Region.

Chaotic scenes broke out at Ejura between unarmed protestors, police and military resulting in sporadic shootings leading to the death of two, with two others hopitalised upon sustaining various degrees of gunshot wounds.

But, even before the committee kicks off for the ten-day national assignment, the Minority Spokesperson on Defence and Interior Committee of Parliament Lawyer James Agalga says although the committee members are competent people with integrity, Akufo-Addo’s regime is noted for political interference that will thwart the committee’s efforts.

Speaking in an interview monitored by African Editors in on Friday 2 July 2021 in Accra, the Builsa East Lawmaker insists “If you tie the hands of a good striker, he cannot produce the results. They are men of repute and competence but their hands are tied”.

Lawyer Agalga quizzes that “Do you think the committee will have the courage to invite the very minister who appoint them to answer questions and even cross over to invite defence minister for questioning? “