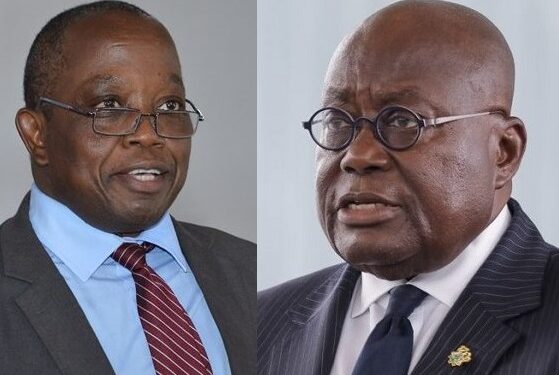 Former Auditor General Daniel Yao Domelevo is making a strong case that government does not need more than eight ministers of state to run the affairs of Ghana.

His comment comes at the period many have criticized President Akufo-Addo for forming a bloated number of ministers, amounting to duplication of duties putting intense pressure on the public purse. This forced the Ghanaian leader to cut down the number of ministers upon assumption of power in his second term where some have been either completely scrapped merged.

According to Domelevo, it does not make a gainful economic sense for a small country of less than forty million-population to have over eight ministers and many district chief executives who must be paid with the meager taxpayers cash meant for development.

Speaking to African Editors after Dovelevo Accountability Lectures on Thursday 1 July 2021 in Accra, the immediate-past vocal auditor general mr. Domelevo insists” a small country like Ghana doesn’t need more than 8 ministers to govern. If you disagree with what I am saying, go and look at the budget for the ministries”.

“If you fight corruption, corruption will fight you back”, he said.