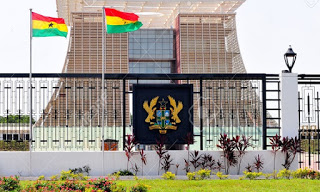 Kumasi High Court has slapped Government of Ghana with another $15.3m judgement debt to be paid to a mining firm Imperial Heritage Ltd. for unlawful seizure of the company’s excavators.

The seizure and burning of excavators as part of fighting illegal mining has been a source of worry to many who argued that the action flaunts the constitution and democratic principles upon which the state rests.

Lands and Natural Resources Minister Samuel Abu Jinapor, at forefront of the galamsey fight has been insisting that they have acting in accordance with law despite dissenting legal arguments mounted by Lawyer Tsatsu Tsikata, Bobby Banson, Sampson Lardy Anyenini, minority caucus of Parliament, and Small Scale Miners Association.

Inter-Ministerial Taskforce on galamsey stormed the mining site of Imperial Heritage Ltd and confiscated their excavators to December 2018, forcing the company to proceed to court against government.

Government of Ghana has already been slapped with $170m judgement debt to be paid to Ghana Power Generation Company (GPGC) by the London Court for failing to mount a legal challenge to the arbitration awards. This has received a backlash from many after court described government’s attitude as ‘sleeping on the matter’.

But, even before the dust settles, government has been hit with another judgement debt.

Kumasi High Court presided over by Justice Samuel Obeng in his verdict today confirmed that no evidence has been adduced by government to justify their claim that Imperial Heritage Ltd was illegally mining, the court deemed seizure of excavators and other mining equipment unlawful and slapped the latter with $15.3m.

Meanwhile, Attorney General and Minister of Justice Godfred Yeboah says his outfit will initiate appeal processes against the decision at court.

It has emerged that Government of Ghana has been caught in the web of many judgement debts apart from GPGC’s $170 and Imperial Heritage Ltd’s $15.3m.

African Editors will keep you posted on details of a whooping $100m judgement debt including arbitration awards, legal fees and accrued compound interest of 6.5 rate to be paid to West African Gas Pipeline. This was after the London Commercial Court of International Arbitration slapped Government of Ghana with arbitration awards this year.

Not quite finished yet. Very impressive.