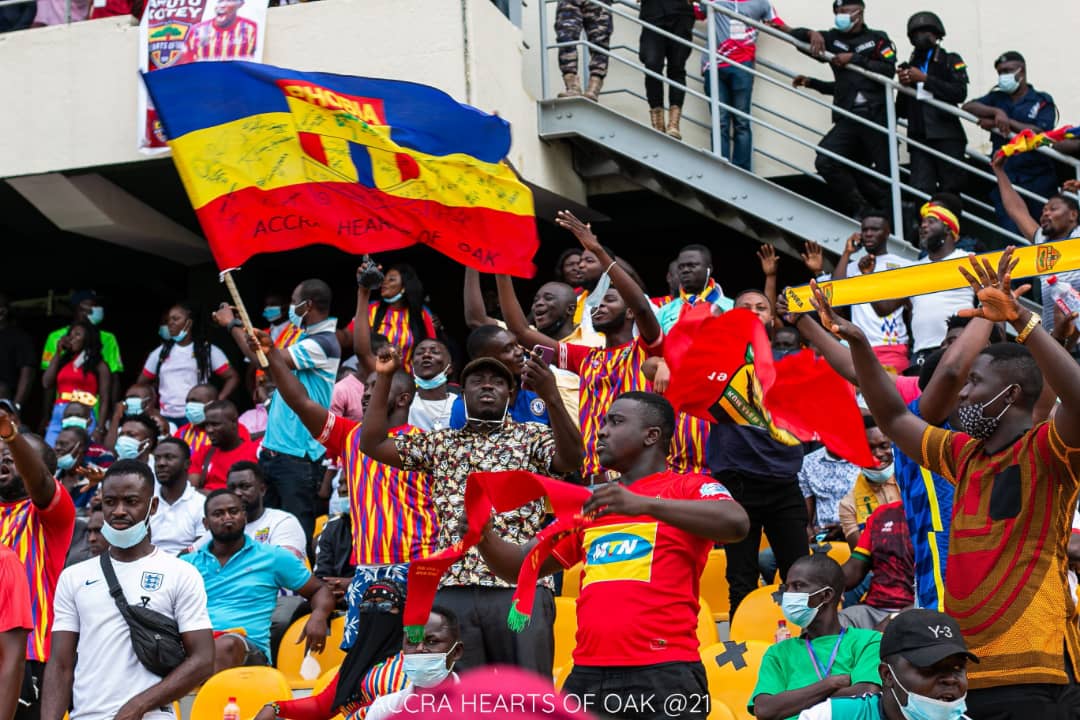 The tie at the top was broken after Hearts of Oak puts up splendid performance to hammer Asante Kotoko 1:0 at the Ohene Gyan Sports Stadium in Accra.

The Phobians today draw with Liberty Professionals with one match ahead but leading with 67 marks putting Hearts at the top of the GPL table, an indisputable victory for Hearts no matter the results at their final match.

According to Sports Analyst Christopher Nimley, the win of the GPL by the Phobians gives rise to the tougher questions of whether the club is capable of making Ghana proud at the CAF championship.

Speaking in an interview monitored by African editors on Sunday 11 July 2021, Christopher Nimley said “Can Hearts in the current state win the CAF championship to lift the banner of Ghana high? I think a lot more needs to be done”.

Meanwhile, Asante Kotoko who is fighting for the second position of the GPL today lost to Bechem United. Bechem United rose to hammer the Porcupine Warriors 2:1dashing away the hope of Kotoko to give Hearts a hot chase at the top.

Below are GPL week 34 fixtures:

Meanwhile, Ebusua Dwarfs, Elimina Sharks and Inter Allies are on the nrelegation table with Liberty Professionals an inch away from the redb line.

Liberty Professional already on the blink of heading to relegation would have to put up a strong fight in their next game, the final match to wrap up the GPL to escape.