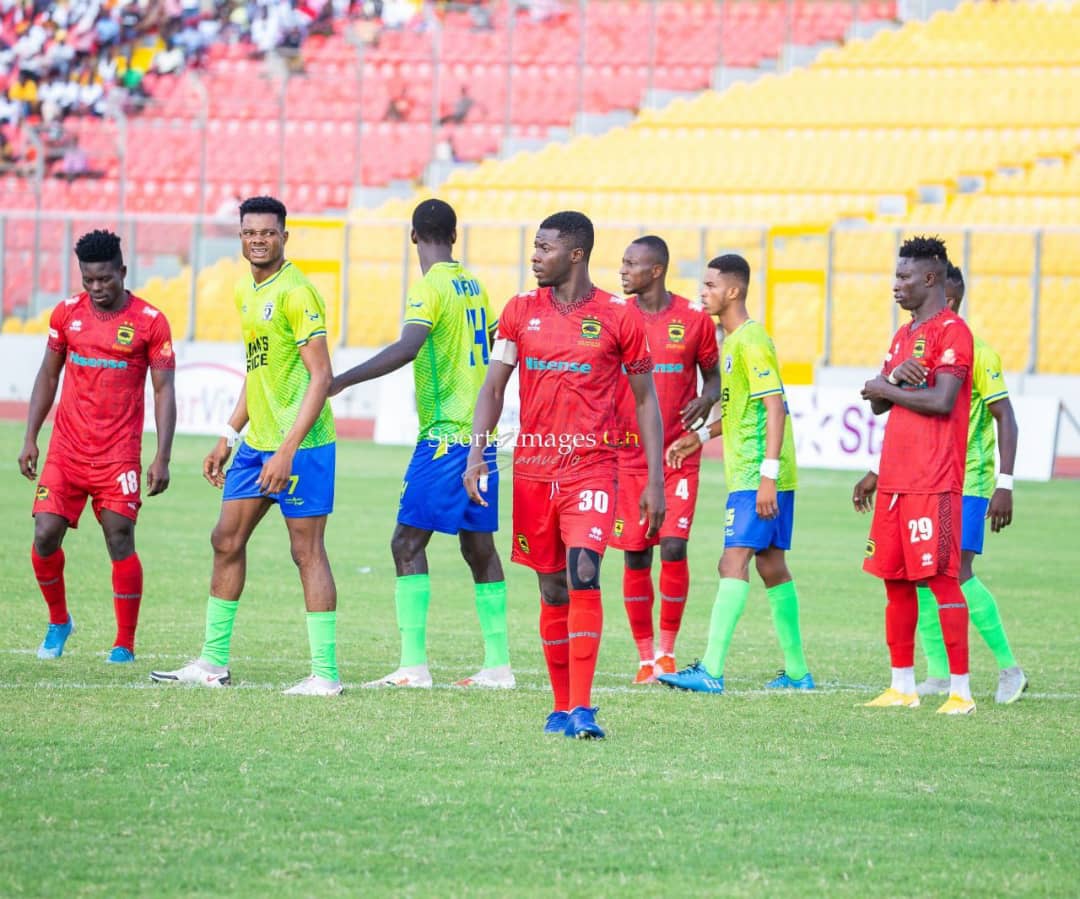 Ghana Premier League 2021-2022 season, week two kicked off on Friday, with Hearts traveling to Sogakope to face off with the Academy boys, WAFA SC. Hearts broke the deadlock in the first half, but couldn’t sustain the second-half pressure for the WAFA boys.

The Hearts defenders were caught off guard and that led to the equalizer. It ended one all at Sogakope between WAFA and Hearts.

On Saturday, the matches continued, Ashanti Gold welcomed Kerala into Obuasi. Mohammed Dafie opener put the visitors ahead in the 35th minute, but their lead did not last, AshGold got their equalizer 5minutes later through Isaac Opoku Agyemang penalty. It ended one all at the end of the 90minutes.

After drawing with the Champions in week one, Legon Cities log horns with new boys Real Tamale United, and it ended 3-2 in favour of the Royals, Legon Cities. David Abagna who score the equalizer against Olympics in week one scored both goals against the Legon Cities, while Joseph Adjei, Nat Akwah and Jonah Attuquaye were the scorers for the Royals.

On Sunday, Kotoko were welcomed back to the Baba Yara Stadium and it was the top table clash with Bechem United. Kotoko broke the deadlock in the 84th minute through a penalty kick from Abdul Ganiyu. Boating Ganiu cemented the victory for Kotoko in the 93rd minute with a second goal.

Elsewhere in Dorma, King Faisal defied all odds and defeated Aduana Stars by three goals to one at their home ground.

Dreams FC bounced back from the week one defeat to Kotoko and thrashed Elmina Sharks by three goals to one at the Ndum sports complex.

The last match of the evening was a local derby, Accra Great Olympics and Accra Lions played out an entertaining match at Accra Stadium, and ended 3-1 in favour of the home team Olympics. Nii Abbey Quaye scored a hat trick for the Olympics and Richmond Tetteh pulled one back for the Lions.

On Tuesday, Medeama will be hoping to bounce back from their heavy defeat in week one, if they log horns with Gold Stars.

Kotoko are currently sitting on top of the league table with Six points, followed by King Faisal with six points also.