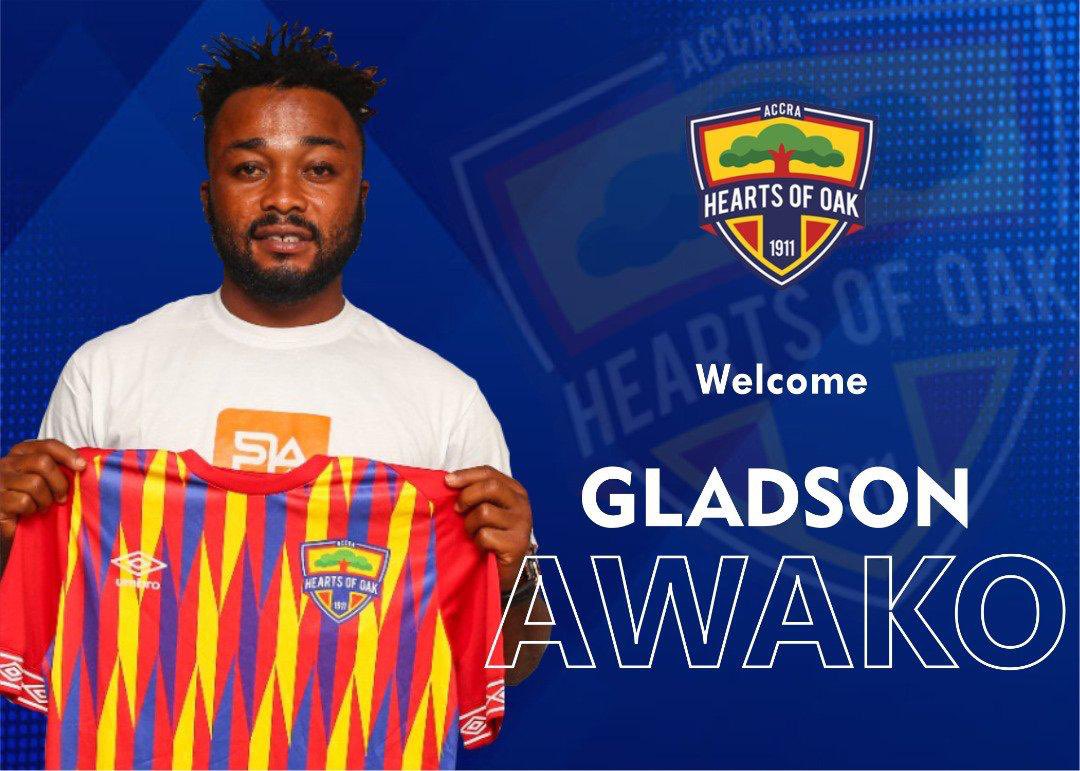 Prodigal Son Gladson Awako 71st minute goal powered Hearts of Oak to their first victory of the Ghana Premier League 2021-22 season, after piping Elmina Sharks by alone at the Ndum Dports Complex in the midweek matches.

The reigning Champions started the League on poor note, accumulating 3points from four matches leaving them at the bottom of the Log with three outstanding matches.

Hearts dominated the first half creating all the goalscoring opportunities but couldn’t make good use of them.

Awako was introduced in the 65th minute for his debut and made an instant impact with a beautiful long-range shot that found the back of the net to give Hearts the lead in the 71st minute.

Sharks ended the match with 10 men after Salifu brought down Awako to get the second yellow.