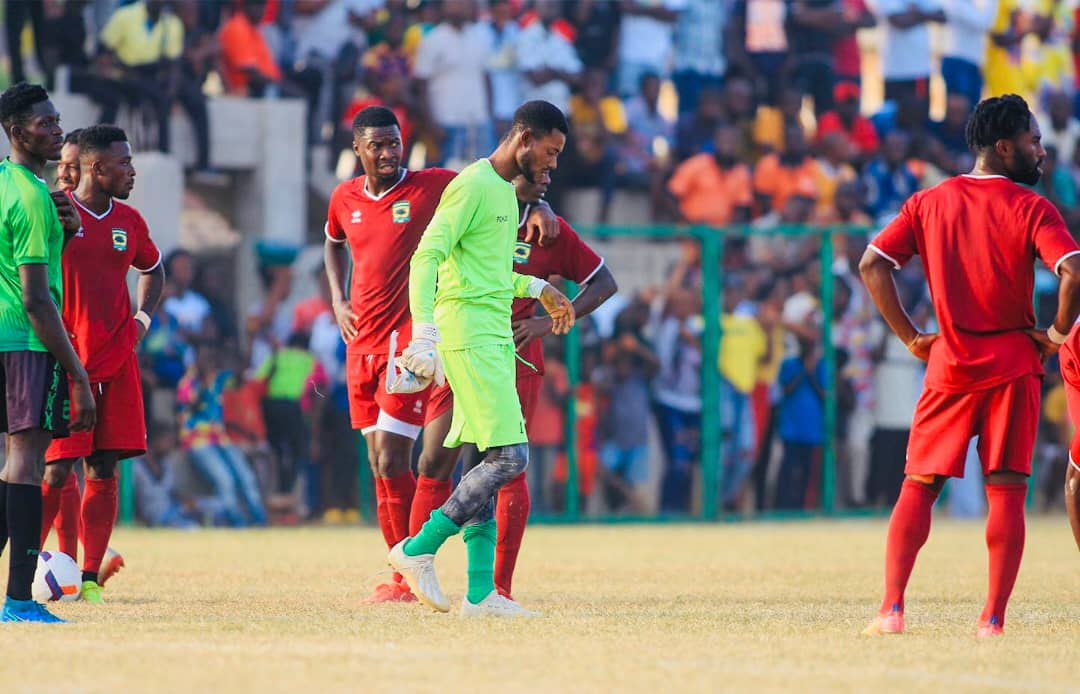 After a disappointing start, the reigning Champions Accra Hearts of Oak has recorded their first win in the Ghana premier League by defeating Elmina Sharks by alone courtesy Gladson Awako.

Medeama SC added to Legon Cities woes by beating them by a goal to nil. Tetteh Zutah was the goalscorer for Medeama.

In a Regional derby, Bechem United defeated Eleven Wonders by one goal to nil. Augustine Okrah was the goal scorer for the Bechem boys.

The late kickoff match was between Asante Kotoko and Real Tamale United( RTU) at the Baba Yara stadium which ended one all. Kotoko got a penalty in the die embers in the first half, but Abdul Ganiu missed it. But quickly got on the scoreheet in the 48th minute through Frank Mbella. Inform David Abagna got the equaliizer in the 70th minute for RTU, which happens to be the last goal the game.