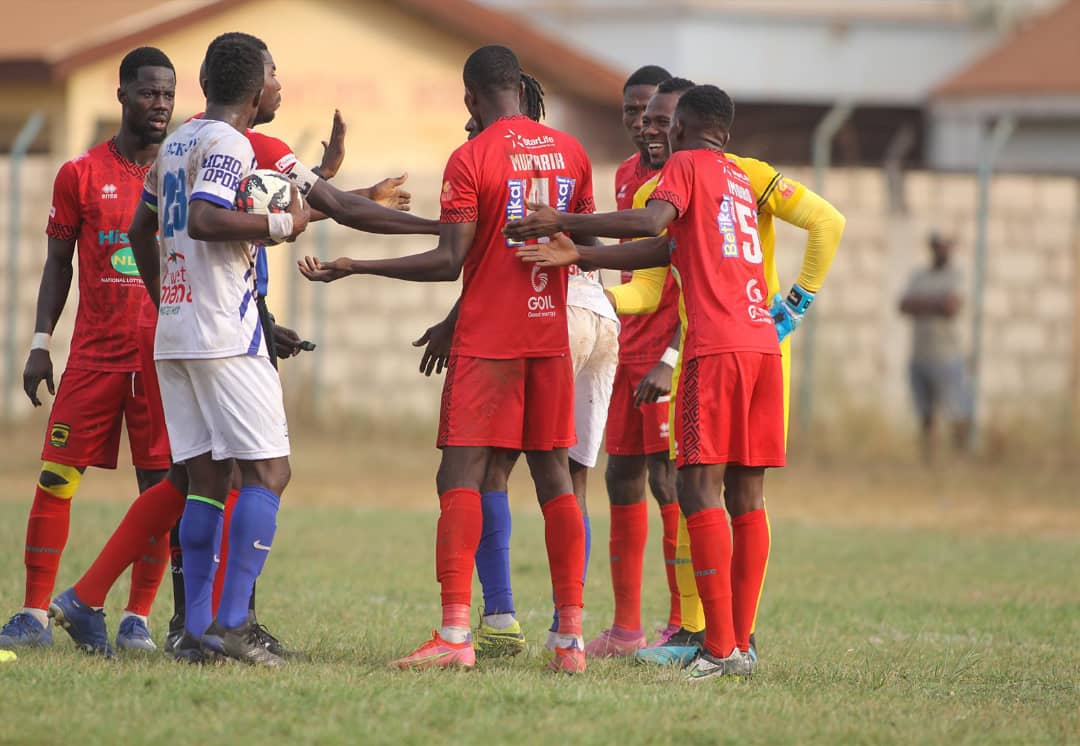 The Champions announced their title ambitions by thrashing Eleven Wonders by four goals to one at the Accra Stadium on Sunday, while their rivals Kumasi Asante Kotoko picked a point from Berekum on Saturday.
.
The week 13 of the Ghana Premier League, kick of on Friday, with King Faisal succumbing to two, Zero defeat at home to Karela United. Umar Bashiru got all the two goals.

Kumasi Asante Kotoko on Saturday travelled to Berekum to face Berekum Chelsea. It ened goalles after Chelsea missed a penalty.

On Sunday, Hearts sinked Eleven Wonders by four goals to one at the Accra Stadium. Kodi Kordzi got brace, Afriyie Barnieh and Salim Adams go the other goals. Before Tetteh Nortey got the consolation for the Wonders.

There were another four goals at Obuasi as Ashgold thrashed Elmina Sharks by four goals to nil. Seth Osei got brace, Yaw Annor and Elijah Addai were also on the scoresheet.

WAFA and Dreams FC played out an entertaining one all draw at Sogakofe. Marvin Owusu scores first for WAFA and Ibrahim Issah equalized for Dreams FC.

Aduana Stars came from a goal down to draw one-all with Accra Lions in Dormaa. Daniel Kwame Awuni scored for Lions and Yahaya Mohammed cancelled it with penalty for Aduana

Medeama and Great Olympics match didn’t see any goal as it ended goalless.