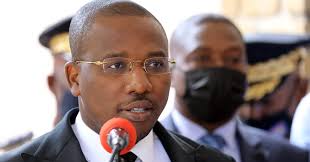 Acting Prime Minister of Haiti, Joseph Claude would relinquish power to Ariel Henry after Late President Moïse appointed him as Prime Minister before his gruesome death.

In a televised program monitored by African Editors on Monday 19 July 2021, the Prime Minister whose leadership role has come under scrutiny after Wednesday 7 July 2021, after the killing of  President Jovenel Moïse.

He told Washington Post he “would step down for the good of the nation”.

Also, he added that he has had private discussions with Mr. Ariel Henry and the goal of this discussion summarizes his preparedness to cede power to him.

He narrates ” everyone who knows that I am not interested in this battle, or in any kind of power grab. The President was a friend to me and I am interested in seeking justice for him”.

Meanwhile, Mr. Ariel Henry, whom the International Community approves us the ” designated Prime Minister “, before this current development was the Minister of Foreign Affairs for Haiti.