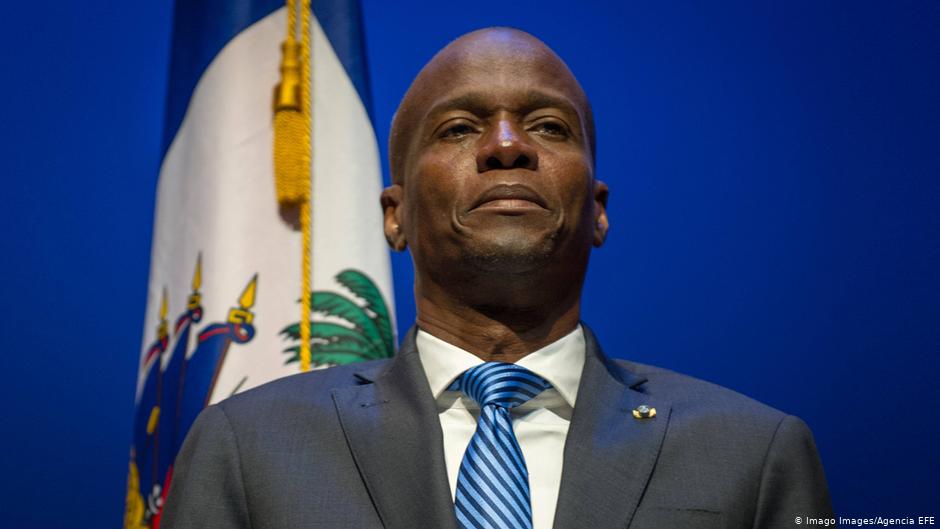 A Florida based Doctor, Christian Emmanuel Sanon has been arrested for playing a central role in the murder of President of Haiti Jovenel Moise on July 7th at his residence in Port-au-Prince.

The Haitian National Police Chief, Leon Charles tinted Mr. Sanon is the leader in the assassination of President Moise.

According to the Police Chief after “He arrived in June with a political objectives and contacted a private security firm to commit the act”.

The security firm according to Mr. Charles is a Venezuelan security company based in the United States called CTU.

He continued by saying that the initial mission was to protect Mr. Sanon, however the mission changed which led to the murder of the president, an implication of Mr. Sanon wanting to install himself as president.

Mr. Sanon home was raided during the investigation process and authorities reported that, a U.S Drug Enforcement Agency cap, a box of cartridges, two vehicles, 6 pistol holsters, about 20 boxes of bullets, 24 unused shooting targets and four license plates from the Dominican Republic were found in his home.

To substantiate his claim, the police chief said Mr. Sanon was the first person the Colombians contacted after they were first arrested.

Mr. Sanon has been known to be a major opponent of the ruling leaders of the Haitian government, tagging them as corrupt plunders of the nation’s resources.

The killing of the president has exacerbated wild social unrest in the country.

Adding to the ominous poverty, unemployment and hash living condition that has enveloped the country for decades now. The incident is not the first major occurrence that has wreaked the country into chaos.

The 1915 assassination of President Jean Vilbrun Guillaume Sam led to the deployment of US troops to Haiti to restore order and maintain political and economic stability in the Caribbean. An occupation which continued till 1934. The 1994 coup d’état on President Jean-Bertrand Aristide led to a forced entry into the Island by the United States and its allied forces.

The 2010 earth quake led to a major displacement of the Haiti people in different countries with U.S housing most of the immigrants. The earth quaked caused a major havoc leading to the outpouring of billions of dollars in humanitarian aids.

The citizens over decades have been complaining of the corrupt nature and abuse of power exercised by the ruling elites. This has caused a chasm between the impoverished citizen and the governing body.

In addition, a growing concern of the leadership’s inability to provide the country with it basic necessities have contributed to the mayhem experienced in the country today. Most of the leaders have been accused of deepening their hands into state coffers and enriching themselves with the nation’s resources.

A senator of the Haitian senate, Rony Celestin who styles himself as self-made multimillionaire has been dodging accusation over his purchase of a $ 3.4 million Montreal Mansion in Canada. An evidence of the gab created by political figures at the detriment of the Haitian citizens.

The night before Mr. Moise death, a video synchronized by the New York Times, appears that the people involved in the killing shouted they were part of a D.E.A operations. Two Americans arrested last week claimed that they served as translators for the hit squad but not in the room when the president was killed according to a Haitian judge who interviewed them.

In a meeting before the attack at a hotel in Port-au-Prince, the Haitian capital, the Americans arrested said the goal was not to kill the president but to bring him to the national palace. The police chief said one of the assailant was given a warrant to arrest the president.
The Americans identified as Joseph Vincent, 55 and James J. Solages, 35 was a former security guard at the Canadian Embassy.

Most of the arrested suspects are former soldiers of Colombia. The US government has sent some of it securities experts to aid in the ongoing investigations.