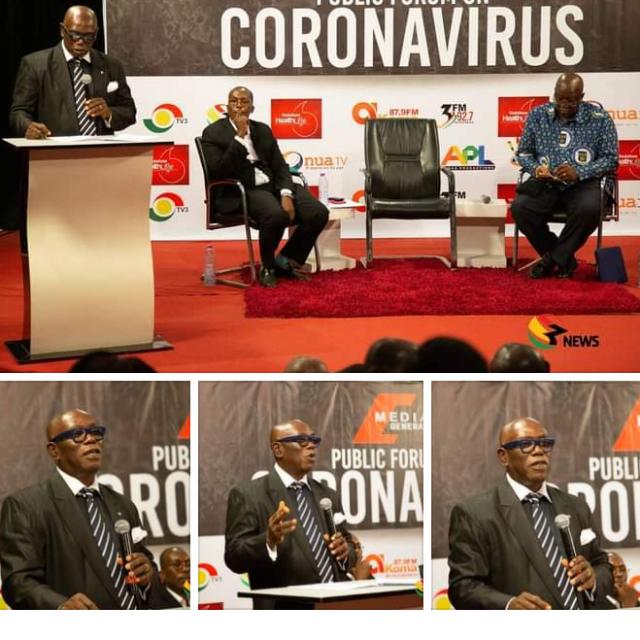 IGP is confused’; I’m willing to help him- Dr. Norman

President of the Institute for Security, Disaster and Emergency Studies (ISDES) and renowned Security Expert Dr. Ishmael Norman has taken a swipe at the Inspector General of Police James Oppong-Boanuh describing his response at parliament this week as a state of total confusion over insecurity and security breaches in the country.

His comment follows the statement made by the IGP during his interaction at Parliament of Ghana this week. In that encounter at parliament, the IGP sought to explain the reasons for sporadic shootings at Ejura in the Ashanti Region leading to the death of two unarmed protestors with two others who sustained various degrees of gunshot wounds in a community that has already lost Ibrahim Mohammed same week.

According to Dr. Norman, the IGP’s response at parliament implies that he is confused about the nitty-gritty of the matter under consideration and lost track of the state of the Ghana Police Service. The grounds for Dr. Norman’s latest swipe at the police capo James Oppong-Boanuh is simply because the critical decision manual or module the IGP was referring to when taking his turns at parliament does not exist.

Speaking during interview monitored by African Editors on Saturday 3 July 2021, Dr. Norman insists “The IGP is confused but feeling prominent, big, ridding cars…I’m willing to help him. Both the Ghana Police Service and the military has no critical decision manual or module and the IGP’s response at parliament means he is not aware of that fact”

Dr. Norman noted that “The police lacks a critical decision-making manual or module to deescalate at Ejura. The police need that to train officers on it. I’m currently preparing a module or critical decision manual for the West African Police and if the IGP needs my help, I’m willing to do so…but he is totally confused’’.