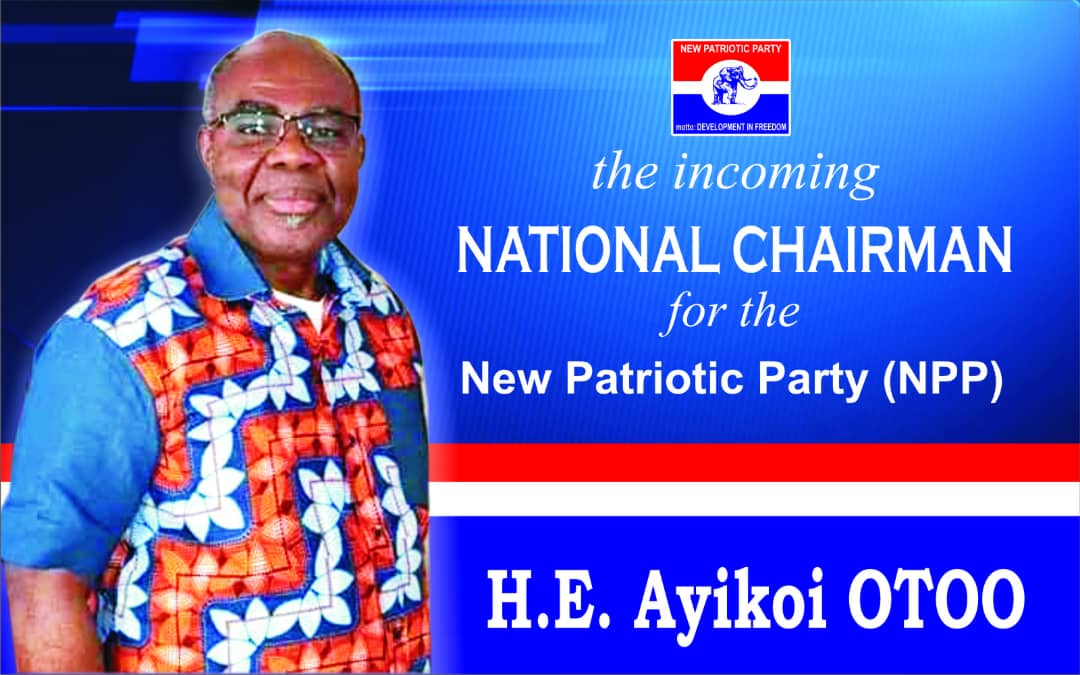 National Chairman hopeful of the governing New Patriotic Party (NPP) has promised to make the party’s rules and regulations that govern internal elections work if elected as Chairman of the party.

Lawyer Ayikoi Otoo made this pledge in a statement issued on April 15, 2022, in Accra over the rancour that has characterized the party’s process to elect officers to prosecute the 2024 general elections.

According to former Ghana’s High Commissioner to Canada, and former Attorney General, the party must avoid doing things that would prevent them from getting a clear majority in Parliament after the 2024 general elections.

In a statement, he called on managers of the process to avoid indulging in practices that will lead to politics of exclusion and apathy.

As a Chairman Aspirant of the NPP, I have followed with keen interest the fallout from the party’s internal elections for party executives held throughout the country concerning Polling stations and Electoral Area Coordinators.

Those who cried foul pointed to inequitable application of the Rules/Regulations for the contest. Some alleged that they were denied Nomination Forms, others complained of their filed Nomination Forms getting missing on the day of the elections, or some being disqualified without just cause and the worst form of irregularity being Selection of Officers and not Election of Candidates.

I have seen on social media, affected candidates swearing to vote with their feet in 2024. Several appeals have also been lodged before the Party’s National Elections Appeals Committee set up at the Headquarters, a Committee I have personally served on in the past. In extreme cases, some have taken their cases to Court.

Party politics, it is said is about numbers and therefore everything humanly possible ought to be done to avoid party members and sympathizers resorting to apathy after the elections.

As part of my manifesto for the Chairmanship bid, I promise that when elected, I shall ensure that Rules/Regulations fashioned for the purpose as well as their implementation are applied fairly and equitably to make it possible for all those ready and willing to contest for positions in the Party at all levels. This in my view will lead to inclusiveness and surely avoid apathy.

Since we are now moving to the election of Constituency, Regional and National Officers, I call on managers of the process to avoid indulging in practices that will lead to politics of exclusion and apathy.

We must avoid doing things that would prevent the party from getting a clear majority in Parliament after the 2024 elections.

Fighting for the people !!!