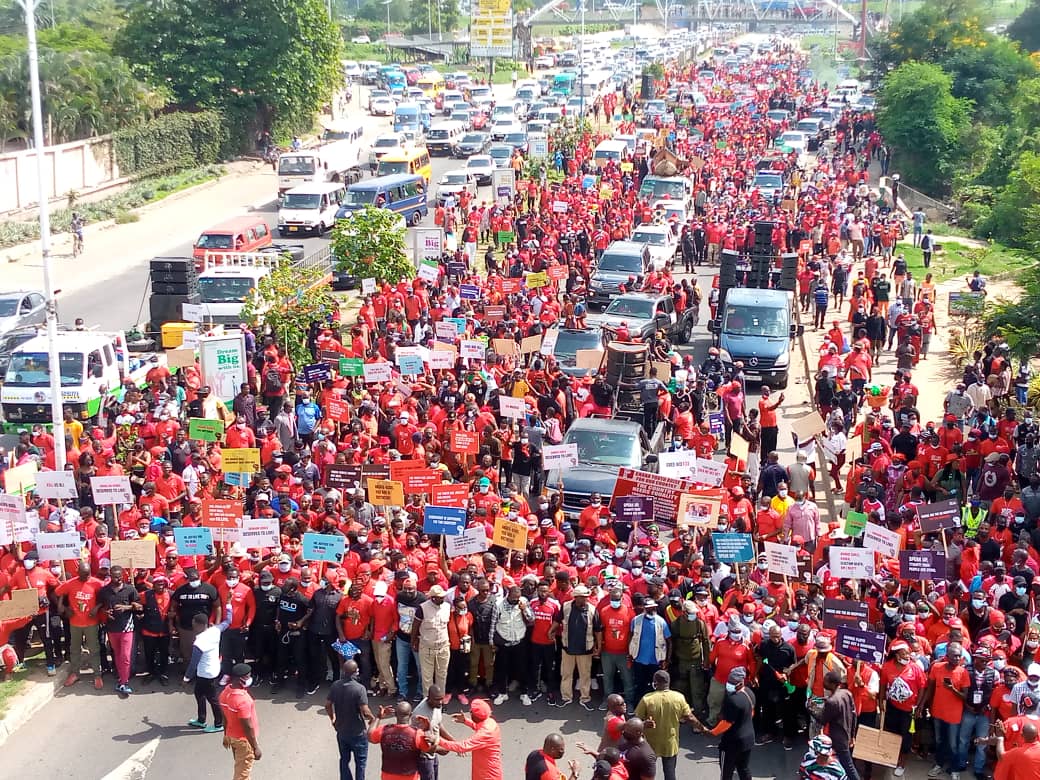 Clad in red, the NDC hits the streets of Accra today over insecurity, military, police brutalities of civilians, injustice, hardships, culture of silence and unemployment including the death of Ibrahim Mohammed, Kaaka, two others with two who were injured amid chaotic scenes at Ejura and WA

Known as “A March for Justice” the protestors commenced the massive demonstration attended by NDC MPs, stalwarts, rank and file of the party, at Mall to Jubilee House-presidency, spanning over four hours and ended at Parliament during which petition was presented to Minority Leader- Haruna Iddrisu and Majority Osei Kyei Mensah-Bonsu.

At parliament, the disgruntled protestors clashed with the police over Covid-19 safety protocol breaches but calm was restored.

Below are exclusive pictures from the NDC ‘A March for Justice’ protest held on Tuesday July 6, 2021 in Accra :