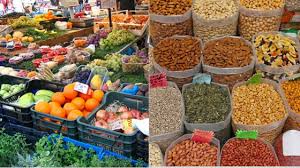 Inflation rate for November increases to 12.2%

Government Statistician, Prof. Kobina Annim says the national year-on-year inflation rate for November 2021 was 12.2 percent which is 1.2 percentage points higher than the 11.0 percent recorded in October the same year.

According to him, the month-on-month inflation was 1.4 percent recorded between October and November 2021, whereas, Housing, Water, Electricity, Gas and other Fuels was 20.5 percent which is highest inflation rates of all divisions.

On food and Non-food inflation, the Government Statistician further said food inflation for this month is 13.1 percent as against 11.5 percent which is higher and the average of the previous 12 months is 10.4 percent.

He continued that food inflation’s contribution to total inflation increased from 44.9 percent last month to 47.7 percent in November 2021.

“Inflation hits ever highest level since rebasing in August 2019, surpassing rates recorded during the COVID-19 pandemic” he noted.

In this article:increases to 12.2%,Inflation rate for November