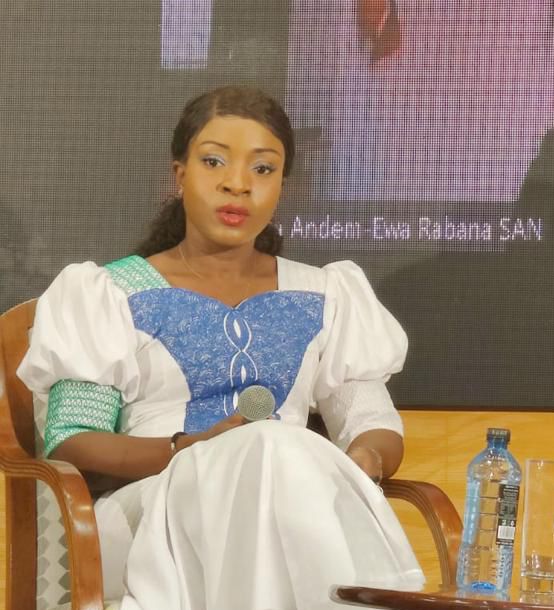 Newly appointed Focal Point, Commonwealth Businesswomen’s Network (CBWN) Sierra Leone has said the continent is now in the era of women in leadership and business.

Madam Jarieu Sia Bayoh made this statement at the inaugural CBWN Africa Summit 2022 held in Nairobi, the Republic of Kenya from Wednesday 9th to Thursday 10th March 2022.

According to the organisers, the Summit was done to elevate the African Women’s latent entrepreneurial potential to lead and accrue wealth and political power for the benefit of the continent. Hence, the Summit provided a useful platform to activate concrete strategies and processes to empower women by taking advantage of the Commonwealth Advantage and the Intra Africa Trade Agreement.

Against this backdrop, Madam Bayoh who spoke on the aspect of vulnerable women in Sierra Leone during her statement, said “the Women of Sierra Leone have long been looking forward to the opportunity of being part of a network that would cater to their felt needs, by way of acquiring quality education, leadership skills and the wherewithal to engage in profitable business endeavours.”

The Focal Point, Commonwealth Businesswomen’s Network (CBWN) Sierra Leone who has been very supportive to the women in Sierra Leone over the years, added that on her own personal means, she has awarded scholarships to over 500 (five hundred) school-going children in deprived communities in Sierra Leone, of which 95% are vulnerable girls. She said that she also sponsored a school-feeding program for 200 orphans, and constructed water-wells in various parts of the country.

Explaining her efforts made to engage various stakeholders so far since ascending to the position, Madam Bayoh said: “My Team and I have initiated meaningful engagements with relevant stakeholders in the Government, as well as within the private and voluntary sectors in Sierra Leone. In particular, we paid courtesy visits to certain senior public officials, notably, Her Excellency the First Lady of the Republic of Sierra Leone, Mrs Fatima Maada Bio, the Ministry of Foreign Affairs and International Cooperation, the Ministry of Planning and Economic Development and the Ministry of Youth Affairs, in order to inform them about the establishment of the organization.”

Assuring delegates of the unwavering support from the Sierra Leone, Madam Bayoh said that “CBWN Sierra Leone shall take advantage of the key benefits of the African Continental Free Trade Area Agreement and other related Agreements within and without the African region, so as to open up new markets and create opportunities for our female entrepreneurs.”

Meanwhile, it is worth noting that the Commonwealth Businesswomen’s Network was established in 2002 to work with women in business by connecting Governments and the private sector to encourage, enable and embed women’s economic empowerment and women in leadership (two of the Commonwealth Priorities for Gender Equality). This is achieved through delivering activities, initiatives, products and services focused on the 3Ts of Trade, Talent and Training. It also works with partners in the other two Commonwealth Priorities for Gender Equality – ending violence against women and girls (especially the economic dimensions) and gender and climate change (especially gender in relation to both the circular economy and Disaster Risk Reduction).

In this article:- Jarieu Sia Bayoh at CBWN Africa Summit 2022,'It's era of Women,in Leadership & Business’